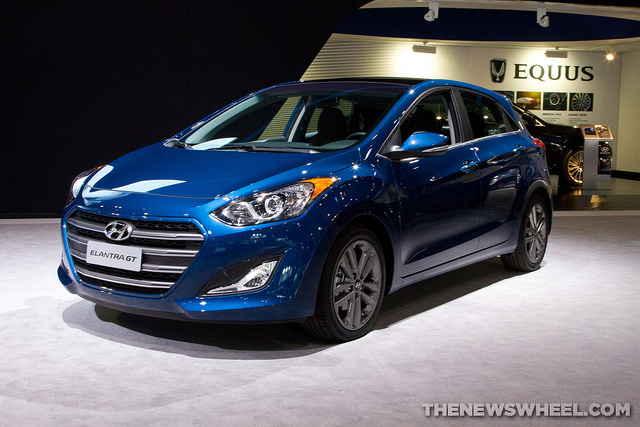 We all love news about crazy concept cars and top-of-the-line models we can only dream about owning. When it comes to news about a vehicle that we’re more likely to own, that sadly doesn’t get the same attention. That’s why we want to make sure you’re introduced to the newest Elantra when it arrives later this year.

A couple days ago, a spokesperson for the automaker announced that the next generation of the Hyundai Elantra is on its way–and will be revealed at the 2015 LA Auto Show.

Current Model Showroom: Get to know the 2015 Hyundai Elantra sedan

Prepare to Meet the 2017 Hyundai Elantra

The LA Auto Show, which kicks off the annual season of vehicle expos, runs from November 17th-29th this year. According to a conversation between a company spokesperson and Autoblog, the event will feature the first appearance of Hyundai‘s compact sedan.

This redesigned sixth generation of the Elantra is expected to come with a brand new design. Spy shots and rumors haven’t revealed much, but many are concerned about how the brand’s design language will impact the car’s look, especially the grille.

Interior and entertainment features will probably stay fairly basic (since those are selling points on the Sonata and Genesis), but a 1.6 T-GDI turbocharged gasoline engine could be coming.

After the LA Auto Show, the next-gen Hyundai Elantra will go on sale in South Korea, the automaker’s home territory, as the Hyundai Avante. If that’s the case, it’s likely South Korean media disclose images of the new Elantra far earlier than November.

Word is this redesigned model won’t go on sale in the United States until late 2016, and only during that time. Surely we’ll be hearing more details during the summer. If this new version retains the same quality at an affordable price, the new Elantra will no doubt remain Hyundai’s biggest-selling model.