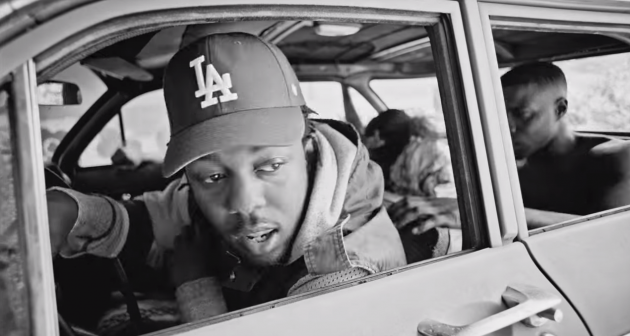 There’s not too many rappers left like Kendrick Lamar. Instead of buying expensive Lamborghini Aventadors, he drives old-school Cadillacs, and rather than rhyming about money and women like everyone else, he chooses to deliver music with a message.

The MC did both in the new video for his song “Alright.”

Directed by Colin Tilley, the video starts with the scene of a young African-American man being slammed to the ground by a Caucasian officer, which is meant to symbolize the recent violence in the US inflicted on unarmed black males at the hands of white law enforcement officers. To avoid making the video too gloomy, the next scene is of Kendrick and his TDE rap crew dancing to his new song, while they ride in an old-school Cadillac that the director eventually reveals is being carried on the shoulders of cops, with just a little bit of production trickery. 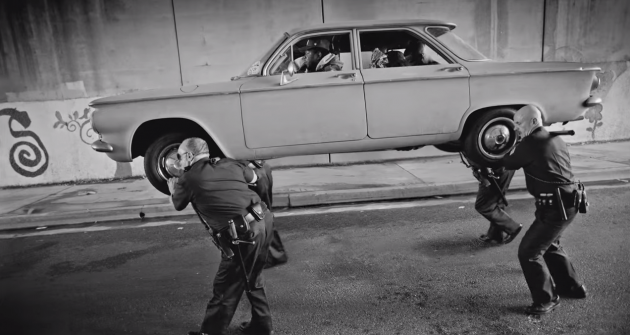 Throughout the video, Lamar touches on subjects such as loneliness, depression, and police brutality – but boy does he do it in style!

To add some extra flavor to the video, Tilley includes a 1969  Chevrolet Camaro Z28 for Kendrick to cruise in while he raps and throws money out the window for no real particular reason – maybe he wants to show he has money now or prove that money doesn’t mean much to him, whatever the reason he looks totally boss cruising in the classic Chevy, which originally featured a 302-cid V8 engine capable of close to 400 horsepower.

Here are screenshots from the video:

The video concludes with another strong political statement made by both Lamar and Tilley, but before that a 2012 Chevy Camaro Transformers Special Edition makes a cameo and does a quick burnout in the middle of an intersection (photos of this can be seen in the gallery above).

This is Lamar’s third single of his RIAA-certified Gold album To Pimp A Butterfly.

To get the full visual, here is the California rapper’s new music video everyone is talking about: