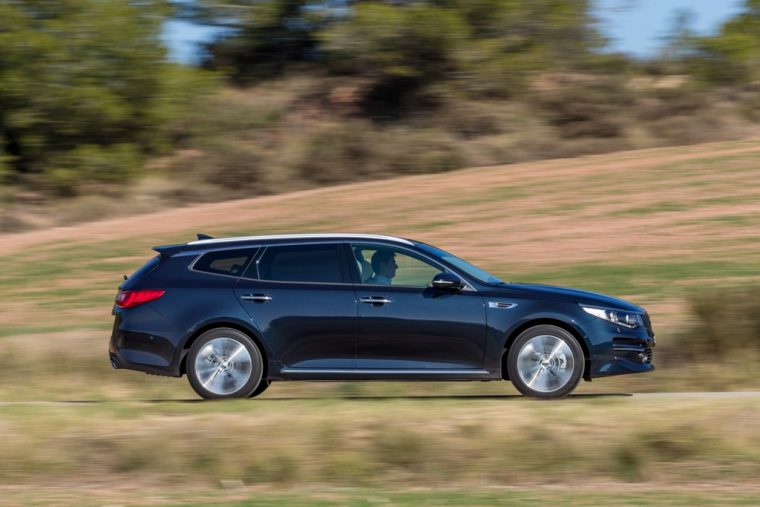 When you think of a station wagon, it’s likely you think of your grandmother—and it’s also likely the word “sexy” doesn’t even cross your mind. Well, Kia’s about to change that with the all-new Kia Optima Sportswagon, the brand’s first ever station wagon. And this Sportswagon is set for the spotlight, making its global debut at the 2016 Geneva Motor Show on March 1st.

The Optima Sportswagon is inspired entirely by the 2015 SPORTSPACE concept car, which debuted at the 2015 Geneva show. With sleek lines, a rounded rear end, and an athletic silhouette, this station wagon definitely puts the “sport” in Sportswagon. It even has the regular 2016 Kia Optima’s high-end—yet affordable—interior, which truly makes it stand out from the rest of its segment.

“The Optima has come to define Kia globally, and is credited with kick-starting the brand’s design-led transformation,” said Michael Cole, Chief Operating Officer for Kia Motors Europe. “The SPORTSPACE concept from 2015 was a clear intention of where we wanted to take the Optima next, and the Sportswagon adds an extra level of style and practicality to the well-received sedan.”

Kia is offering consumers the choice of either a diesel- or gasoline-powered Sportswagon—there will even be a high-powered GT model. This station wagon will also come equipped with a variety of safety technologies and infotainment features, which really does make it a top-notch choice for a family car.

Sadly, the Optima Sportswagon won’t be making an appearance on American soil anytime soon. It’s set to go on sale in Europe in the fourth quarter, though, so we can only hope that it will come to the US down the road.