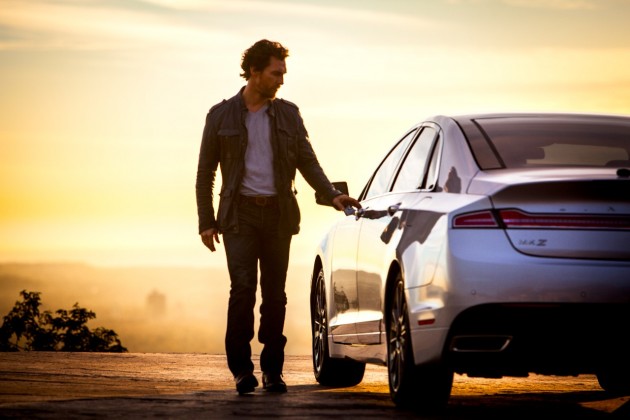 He’s back, and this time, he’s crazy-talking in an MKZ Hybrid!

We know Christmas has mercifully come and gone for another year, but we’d be remiss if we didn’t pass along this belated gift from our friends at the Lincoln Motor Company and everybody’s favorite Oscar-winning wackjob.

Matthew McConaughey is back for two new Lincoln commercials, which were unleashed earlier today. Merry Chrimbus.

The latest entries in the “Live In Your Moment” campaign switch out the all-new 2015 MKC for the MKZ and MKZ Hybrid, with Lincoln hoping that some of that McConaughey magic rubs off on its midsize sedan.

“Including Lincoln MKZ is a natural progression in our collaborative process, and we look forward to continuing the momentum with this campaign to share our brand with a wider audience.”

The first spot is “Diner,” which keeps McConaughey completely silent while he sits in a coffee shop and wistfully stares out the window into the rainy night. What is he thinking? What twisted nightmares are whipping around in his brain? Does he fear? Does he regret? Does he exist? 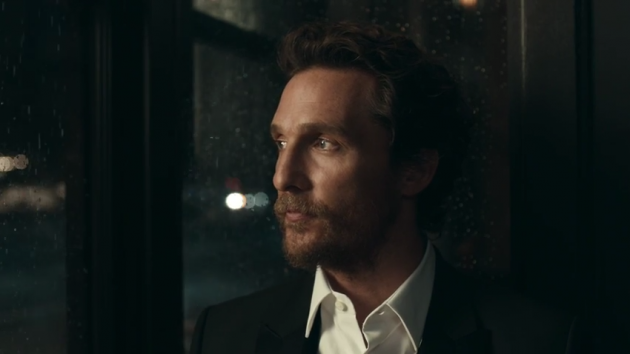 “I still can’t believe I did Fool’s Gold.”

At once, the rain stops, and Matthew nods approvingly. He slides into his MKZ and opens the panoramic roof, drinking in the night and all of its banality.

“Balance,” thankfully, is a return to the rambly Matty that we’ve all come to know and love. Here’s what we get this time out:

It’s not about hugging trees. It’s not about being wasteful either. You just gotta find that balance, where taking care of yourself takes care of more than just yourself. That’s the sweet spot.

Both spots are lensed once again by Nicolas Winding Refn, so they’re absolutely gorgeous to look at. We’ll see what effect—if any—these new McConaughey Lincoln ads have on sales in the New Year. Here’s just hoping they don’t jump start another wave of parodies.