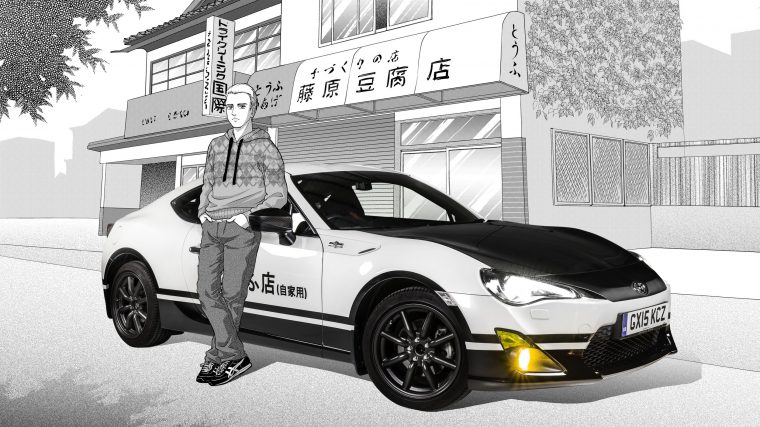 Every car enthusiast remembers a movie or TV car from their youth that captured their imagination and stoked their excitement for automobiles. For many, that car was the panda-colored Toyota AE86 Sprinter Trueno from the popular Initial D manga and anime series.

The fictional car became such a cult icon that the price of the real one was inflated for years in the United States. In the series, Takumi Fujiwara was famous for outracing far more powerful cars in the AE86 down the Mt. Akina downhill course; in real life, it became the poster child for the 90s drift movement.

Toyota is well aware of Initial D’s popularity and, as a treat to its fans, has unveiled a new GT86 concept inspired by the original AE86. The GT86 is currently known as the Scion FR-S in the United States (soon to be rebadged as the Toyota 86) and is already considered by some to be the AE86’s spiritual successor, as they are both affordable, lightweight, and prone to oversteer.

Like the panda Trueno, the concept car features a carbon-fiber hood and Fujitsubo exhaust, the same modifications that Japanese racing driver Keiichi Tsuchiya had made to his personal vehicle, which itself had been the original inspiration for the Initial D icon.

It won’t be available for sale, but fans can still enjoy the great art that Toyota launched with it, produced by UK manga artist Sonia Leong. Check it out below.