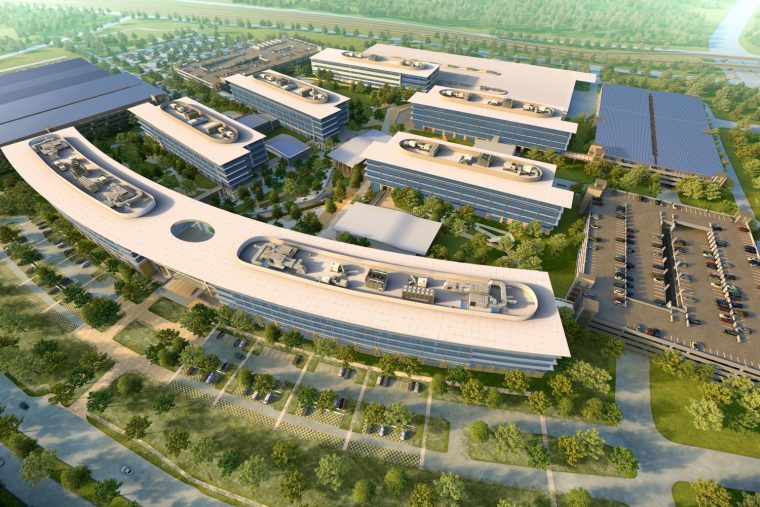 Toyota has announced that its new North American headquarters in Plano, TX, will open with a 7.7-megawatt solar array—not enough to make their cars go back to the future, but enough to provide a quarter of the power the 2.1-million-square-foot campus requires.

The announcement goes hand-in-hand with one made by MP2 Energy, the Texas-based energy utility company, which said it had been awarded a five-year retail electricity contract with Toyota to provide “100 percent renewable energy solutions” to the Plano headquarters.

Toyota aims to use a variety of these energy solutions to provide power to the location, which include various offices, a data center, and light industrial and automotive service facilities. The automaker will use local Texas wind and offsite solar power to help it achieve that goal, as well as seek other ways to improve efficiency onsite.

Meanwhile, the new solar photovoltaic system will not only provide a quarter of the power the campus needs but also cut carbon dioxide emissions by more than seven thousand metric tons.

Back in October 2015, Toyota made a commitment to eliminate carbon emissions in all of its operations around the world by 2050. It’s a big ask, but earning LEED Platinum certification at its new headquarters—the highest level awarded by the US Green Building Council—would be a good way to set an example and show it means to fulfill that promise.