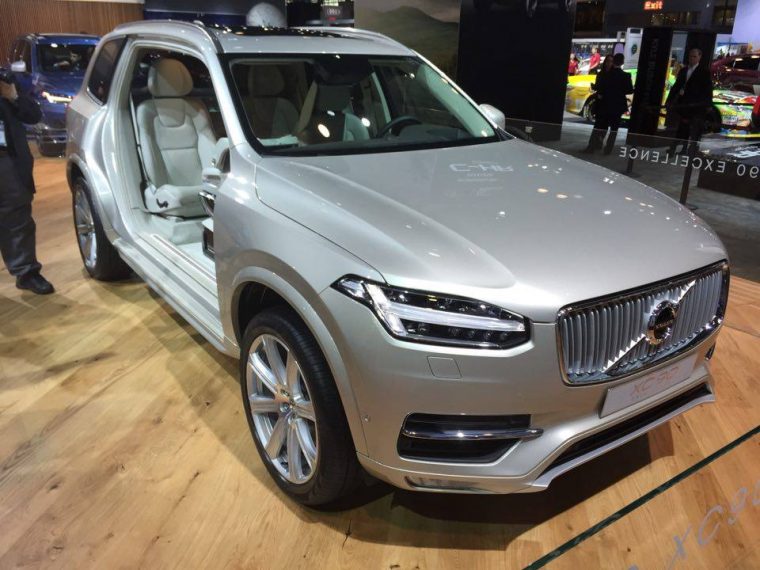 The 2016 Volvo XC90 SUV has earned just about every award possible. Earlier this year at the Detroit Auto Show, it picked up the prestigious North American Truck of the Year Award and Motor Trend also gave the XC90 its SUV of the Year Award, but those honors didn’t mean Volvo was finished refining the vehicle in order to attract an even more upscale client base. 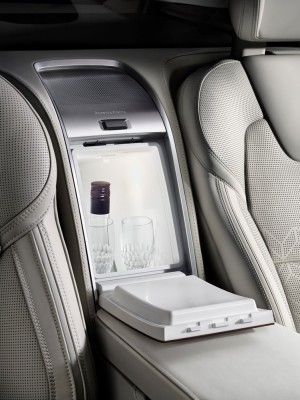 The Excellence model even has a built-in refrigerator

The new XC90 Excellence made its public debut today at the New York International Auto Show. The Excellence model is an ultra-luxurious version of the XC90 that provides seating for four people, rather than offering three rows like the normal XC90 SUV. The front seats have been duplicated and added to the second row. In addition, those seats come with massage technology, ventilation, and more legroom than the entry-level XC90. Rear passengers will also enjoy a refrigerator with bottle and glass holders, a retractable control touchscreen, folding tables, a heated/cooling cup holder, and handmade crystal glasses from Orrefors, which is a premier Swedish glass design company.

For music lovers, the new XC90 Excellence will boast a 10-speaker Bowers & Wilkins sound system, which they can enjoy while relaxing in a cabin that also features Nappa leather and open-pore wood. Furthermore, the Excellence model offers Volvo’s bold Child Seat Concept, which allows for a baby seat to occupy the space that normally holds the front passenger. This allows the baby to sit in a rearward position while still being able to maintain eye contact with the driver. There’s also a drawer underneath the Child Seat Concept that can hold diapers, wipes, and toys.

Powering the Excellence model will be the T8 Twin-Engine Plug-in Hybrid Electric powertrain, which supplies the XC90 Excellence with approximately 400 horsepower.

“The Volvo XC90 Excellence is a fantastic expanded version of Volvo’s idea of luxury. It brings together fantastic materials, uncompromising safety and performance into an amazing package,” said Lex Kerssemakers, President and CEO of Volvo Car USA, “This car exposes Volvo to a new type of buyer.”