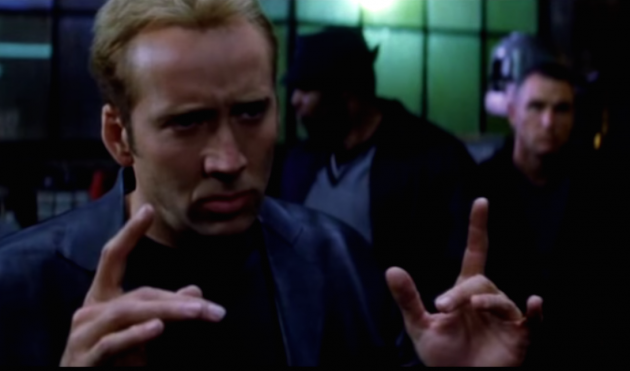 It’s not uncommon for acclaimed actors to occasionally slum it in awful movies in exchange for a nice fat paycheck. One of the most famous examples is Michael Caine, who won his first Oscar for the 1986 film Hannah and Her Sisters, but couldn’t collect the award because he was busy filming Jaws 4: The Revenge.

“I have never seen it,” Caine once admitted about the shark-themed sequel, “but by all accounts, it is terrible. However, I have seen the house that it built, and it is terrific.”

Academy Award-winning thespian Nicolas Cage has been making a lot of direct-to-video fare recently for a similar reason. It’s not necessarily because he wants to buy a new house, but because he needs to pay the debts he owes on the many houses that he’s already bought. And probably the cars, too.

Nicolas Cage is in dire financial straits right now, because he’s spent a crapload of money on a crapload of crap (but neglected, in many cases, to pay taxes on that crap).

Among the ridiculous/awesome crap that Cage has bought is a 1971 Lamborghini Miura SVJ, which he purchased at auction in 1997, hot off the successes of Con Air and Face/Off. Cage spent $450,000 on the Lambo, which had one previous owner: the Shah of Iran Mohammad Reza Pahlavi.

The car probably would have looked awesome parked next to Cage’s custom Corvette, if the actor hadn’t sold it in 2002. 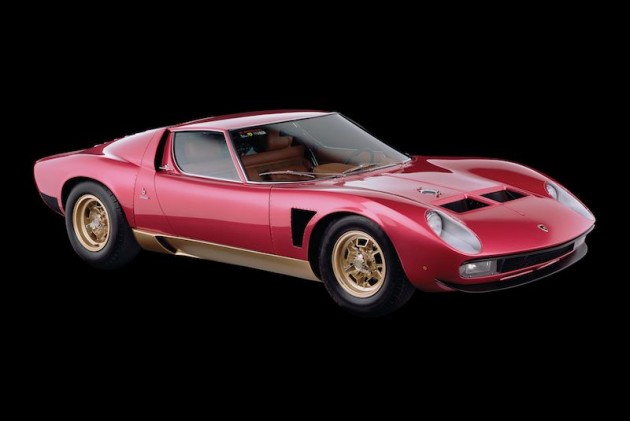 That’s not the only pricey transportation that Cage has spent money on—he also owns a private gulfstream jet, which probably comes in handy when he’s flying to his private island.

All three of those big ticket purchases are featured on a list of the twelve craziest, nuttiest, Cage-eist things that Nic has ever bought, compiled by the good people at Supercompressor.

Other things Cage has blown all of his Moonstruck moola on: a bunch of animals, both living (an octopus, a shark, an alligator, and two albino king cobras) and dead (a dinosaur skull); the very first Superman comic ($1.6 million); Pygmy shrunken heads; a (haunted) 3.5 million dollar mansion in New Orleans; and, no joke, a large pyramid tombstone, where he will one day be laid to rest (if, of course, it turns out he’s not immortal).

Unfortunately, the pyramid mausoleum is only nine feet tall, which doesn’t sound nearly large enough for Cage to be buried in it with all of his earthly possessions.