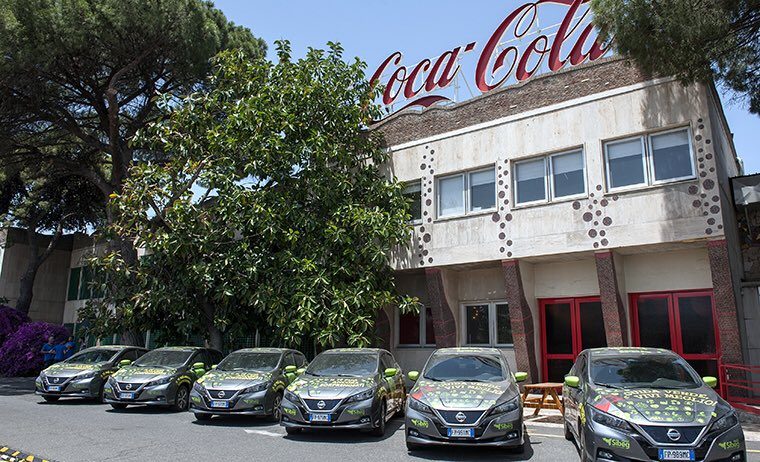 As the years go on, more and more automakers are introducing electric vehicles as part of their car lineups. However, it doesn’t really matter how many types of EVs are available for sale if there is no infrastructure to keep them charged on longer journeys. To make meaningful progress on the issue, Nissan is teaming up with beverage bottler Sibeg to form an electric ecosystem in Italy’s region of Sicily.

Beyond the Horizon: Check out what’s next in the new Nissan Altima

Both Nissan and Sibeg, which is responsible for bottling Coca-Cola products in Sicily, have signed on to the Green Mobility Project with time, money, and their own unique resources. 110 Nissan LEAF vehicles bearing the logos of popular drinks bottled by Siberg are ready and waiting for sales representatives from Siberg to use them on their work runs. Nissan is also contributing eight fast-charge stations for the cars.

On Siberg’s end, the company partnered with ALD Automotive and its E-go Long-Term Rental proposal to manage the vehicles and keep them in running order. Siberg has also put the work in to expand charging coverage on the island, adding the eight new quick chargers from Nissan to the 60 chargers it already installed with the Enel company, seven of which are quick chargers.

The island has come a long way from where it was in 2015 when the Green Mobility Project first started with only three charging stations. Thanks to the increased availability of charging points there was a 135% rise in EVs in Sicily for the year 2017. Hopefully other metropolitan areas around the world will take the same initiative to grow EV use.