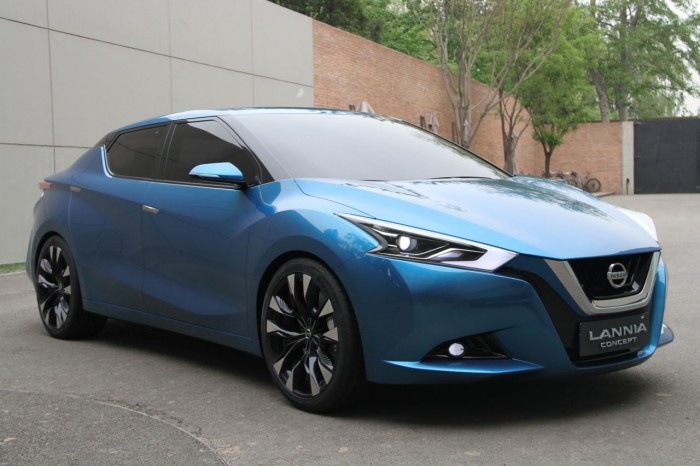 Hello, I’m the Lannia Concept. I’ll be escorting you through the blue haze of your dreams from here on out.

The saying goes that a picture is worth 1,000 words. Given that we have very little to go off of with the Nissan Lannia Concept that was revealed this week at Auto China 2014 in Beijing, we think this is a fair enough opportunity to let the pictures do all the talking.

Also, here are some moving pictures (which, consequently also feature some talking):

The Lannia Concept gets the same V-Motion grille, boomerang lights, kick-up pillar, and floating roof that have made Nissan’s Sport Sedan Concept and 2015 Murano so alluring in their own right. This bold, blue concept is particularly aimed at attracting China’s “Post-80s” generation, otherwise known as the “balinghou,” which is essentially Generation Y buyers.

Given how sharp the Lannia Concept looks, it’s not hard to imagine that it will earn quite a bit of attention from successful young Chinese car buyers. Taiji Toyota of Nissan Design China says that the force behind the Lannia is the essence of “daqi,” which is a force that makes people strive to do better things and is not at all related to a delicious frozen drink.

The name Lannia can be roughly translated to mean “Impression (of the) Bluebird,” which solidifies the concept as a tribute to the legendary Nissan Bluebird. A production version of the Lannia Concept should emerge some time in 2016, though there will likely not be any other available details for some time. 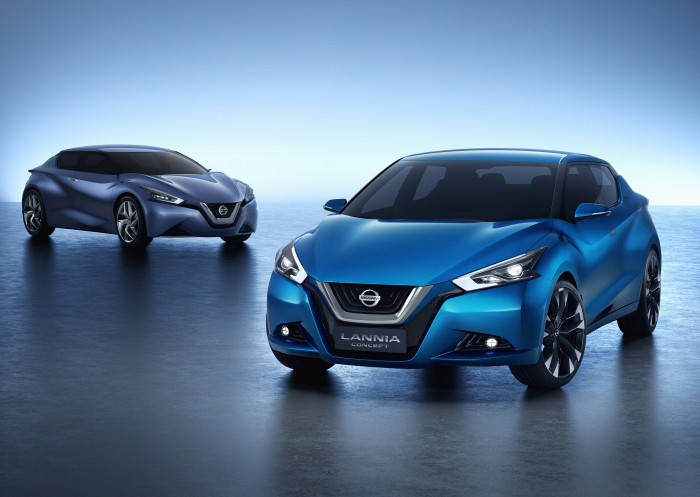 Until then, at least we can revel in all these pretty pictures.

How would you best describe the Nissan Lannia Concept? Please keep your responses to 1,000 words or less.