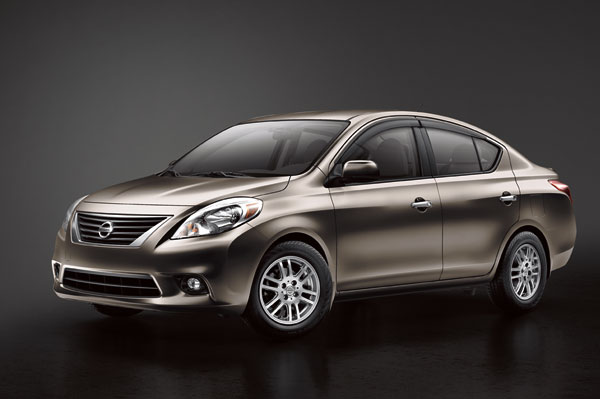 The Nissan Versa is a North American-branded compact car that is known by several other names depending on what market you are in, including the Pulsar, the Tiida, the Sentra, and the Sunny. In the United States, the Versa was first introduced in 2006, and it is among the most affordable vehicles on the market today.

Nissan has manufactured the Versa since 2004, but it would wait two years to hit American shores. The initial 2007 model was the first North America saw of the Versa, and it was still in its first generation. The hatchback model led the way, and a sedan variant was introduced later in the year.

The Nissan Versa was introduced in the US with an MSRP of just $9,990, which made it the least expensive new car available. The low asking price and sleek styling made the Versa a common choice for young car-buyers.

The Nissan Versa continues to be among the best buys in the industry, and Nissan recently added the smaller, sporty Versa Note to the lineup. The economically conscious buyer will be attracted to the Note for its low MSRP, as well as its impressive fuel economy.

A recent redesign has the Versa looking similar to its larger siblings, such as the Altima, which has been a draw for buyers as well.

Nissan chose the name Versa, because it was said to be short for “versatile space.” The Nissan Versa nameplate is meant to hint at the compact’s surprisingly spacious interior and multiple cargo configurations.