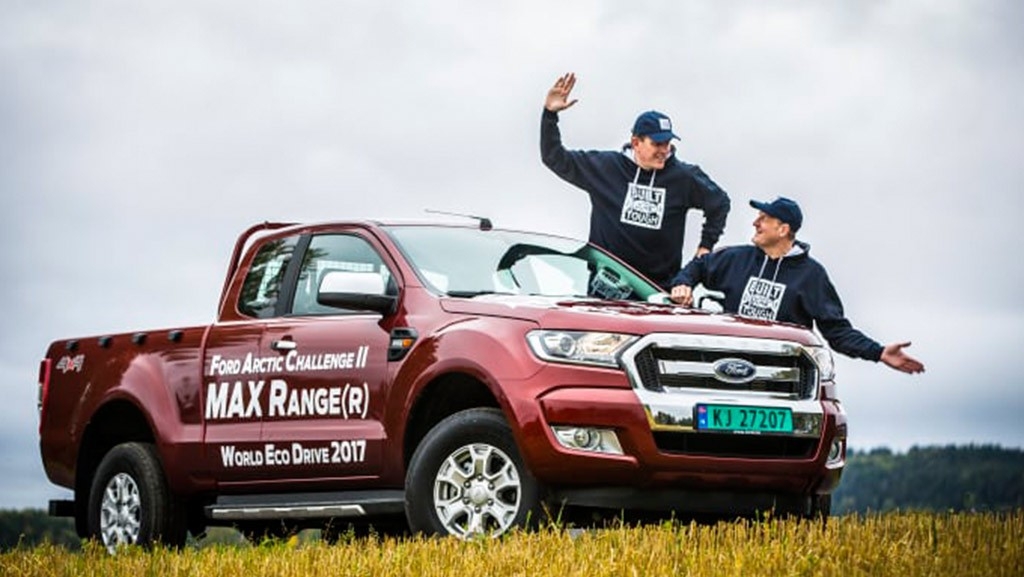 One of the biggest impediments to the wider adoption of electric vehicle technology from a consumer standpoint is that little thing called range anxiety. With Ford expecting to launch a crossover in the next five years that will travel 300 miles or more on a single charge, it stands to cut down on that anxiety a great deal.

But what if an EV could travel 1,000 miles without having to stop? That’s not even something that most combustion-engined vehicles could accomplish—we say most because, as two Norwegians have shown, 1,000 miles on a tank of diesel gasoline is now possible.

Knut Wilthil and Henrik Borchgrevink managed this unthinkable feat with a Ford Ranger XLT pickup equipped with a 2.2-liter diesel engine, driving 1,004.35 miles (1,616 kilometers) from their starting point in Oslo before finally running out of fuel. The 30-hour drive smashed the expected fuel economy of the Ranger; while Ford estimates consumption at around 6.5 liters per 100 kilometers, the duo managed an average of less than 5 liters of fuel every 100 kilometers.

“Our testing revealed the car could be driven far more economically than that, given the right conditions,” said Borchgrevink. “However, we encountered both sub-zero temperatures and fog during the night when we were driving through Sweden. This might have increased our fuel consumption, but we’re not concerned about that.”

Wilthil and Borchgrevink are no strangers to feats of this kind. The same pair recently set a record by driving a Ford Mustang EcoBoost 776 miles on a single tank. And, to hear them tell it, it’s really not all that hard to pull off.

“We stop as little as possible and only on downhill slopes to save precious fuel when accelerating back up to speed,” said Wilthil. “We’re always concerned about not losing speed, so junctions, roundabouts, and change of driver are planned well in advance. We do our utmost to avoid give way (yield) signs, traffic lights, and rush hour traffic.”