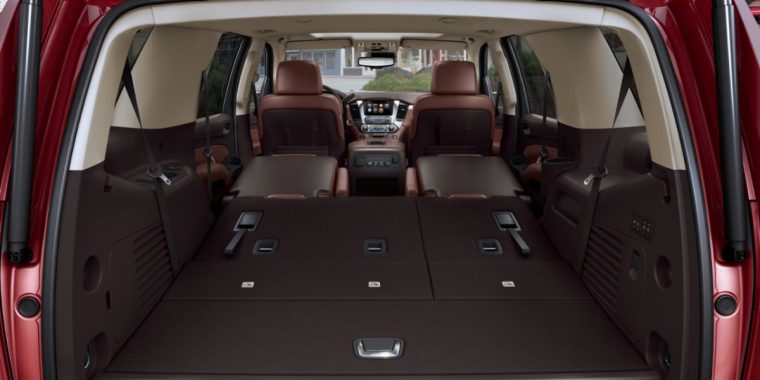 When GM marketed “removable” third-row seats, this is definitely not what they had in mind

Unfortunately, it’s not that uncommon to hear of thieves stealing items located within parked vehicles, such as GPS devices, laptops, or phones. What’s more uncommon is hearing about thieves running off with components of the vehicles themselves.

Still, there seems to be a growing trend of criminals stealing third-row seats from several GM SUV models.

Dallas area police noted that eight cases of such seat thefts were documented in 2016. By the end of 2017, the number of documented cases grew to 20.

Why specifically GM SUVs? As it turns out, many GM SUV models built prior to 2015, such as the Suburban, Yukon, and Escalade, have a function that allows people to pop the rear window hatch of the vehicles without triggering the car alarm. As a result, the thieves can reportedly unhook the third row seats, and pass them through the open hatch without being detected.

Investigators theorize that these individuals are stealing the third row seats so that they can turn around and sell them on Craigslist. While aftermarket third-row seats often cost a few thousand dollars, a number of these seats have begun appearing on Craigslist for a far less expensive price tag.

To protect your SUV seats from future thefts, police suggest installing an after-market security system for your rear hatch windows, or etching your vehicle’s VIN number somewhere on the seats so that they can be more easily tracked. Additionally, simple solutions like removing the seats when the vehicle is parked overnight or backing up your vehicle tail-in when parking in a garage can also help prevent third-row seat thefts.