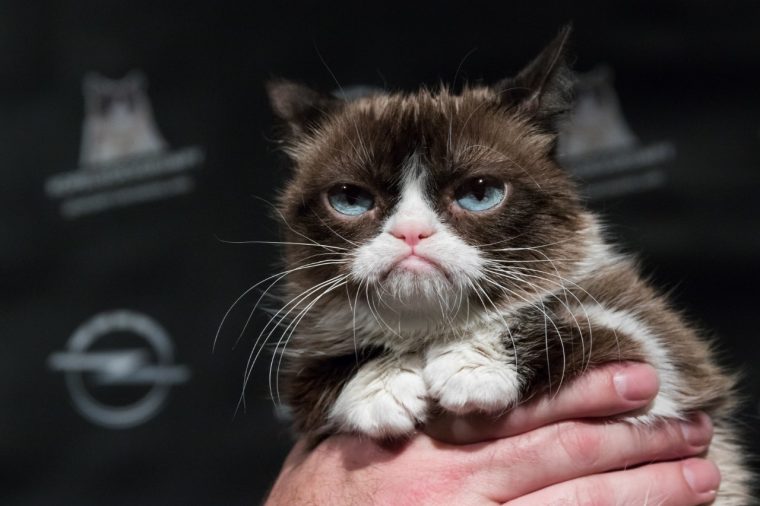 Opel this week held a vernissage at “Kraftwerk” in Berlin to reveal in earnest the all-new Crossland X crossover. That’s a good thing! It also used the occasion to celebrate its dumb Grumpy Cat calendar, “Georgia & Grumpy – Not Impressed by Wonderland.” That is a significantly less good thing!

Among the attendees at the event were TV stars Nadja Uhl, Joachim Król, Christiane Paul, Ken Duken, and Mina Tander, and more than 50 bloggers and “digital influencers” (read: people with no discernible talent outside of being people on the internet). Also, the cat was there. But, as Opel’s press release pointed out in an unsurprisingly dumb fashion, “Grumpy Cat [initially] refused to take part in the vernissage,” agreeing only on the condition that “’the ‘Kraftwerk’ must be turned into a cat-paradise.” 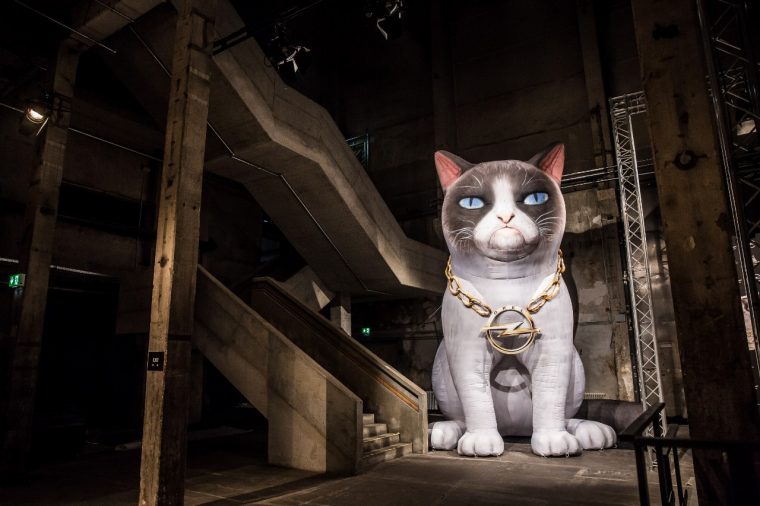 And by “cat-paradise,” they apparently meant “a Silent Hill-esque nightmare patrolled by giant cat monsters”

Opel CMO Tina Müller gleefully reduced herself to conferring with a cat with a strange face, saying, “We were more than happy to meet Grumpy’s demands. We are more than aware that whatever Grumpy touches turns out to be a success. The first edition of our new ‘Grumpy & Georgia’ calendar sold out within 48 hours of the presentation in November. Obviously, we moved heaven and kitty litter to have Grumpy as the star guest here in Berlin.”

There are not enough barely-suppressed groans in the universe for that last line. Or any of the lines, for that matter!

Apparently, if you’re in Berlin and hate yourself, you can still stop by the Kraftwerk between Friday and Saturday to visit GRUMPY’S WONDERLAND. What’s in store for you there?

The fun continues on Friday evening with the KATZENJAMMER CATastrophic Talentshow, and on Saturday the WATCH LATER CLUB is inviting to the GRUMPY CATS FAIL COMPILATION, followed by HIP HOP DON’T STOP under the motto “BAD CATTITUDE”. Go to opel.de/opelgoesgrumpy for registrations and more information.

I should have put more emphasis on the idea of only attending if you hate yourself a lot, because that all sounds like something only a sadist would enjoy.

Oh, and there’s an Opel ADAM with a custom Grumpy Cat livery, and it’s maybe the most unattractive car you will ever see. Why does it have to have four different exterior colors? Why does it have painted-on eyelashes? Why is the interior upholstered with shag carpet? Why? Just why? 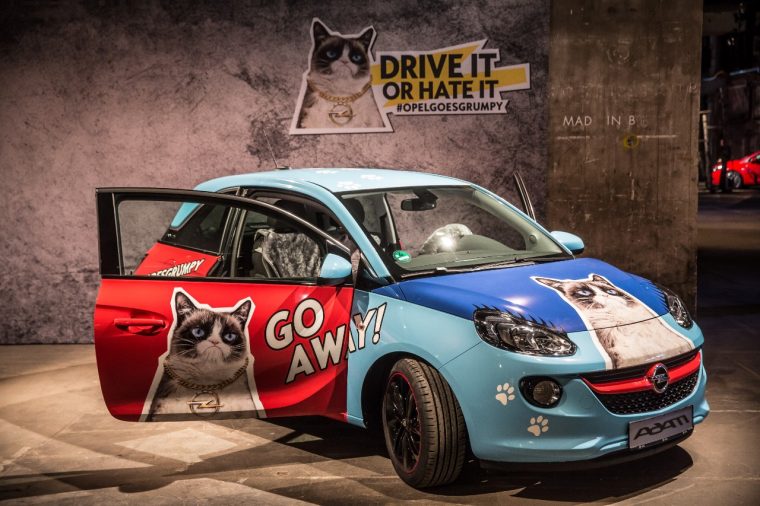 Anyway, that should hopefully be it for ridiculous Grumpy Cat press releases, so Rest in Power, I guess. Maybe next year Opel can populate its 2018 calendar with yet another pertinent and fresh internet sensation like the Chewbacca mom or Damn Daniel’s shoes or just like a huge giclee print of Nicolas Cage’s face from that scene in Vampire’s Kiss. Hey, at least the press releases for that last one would probably be fun. 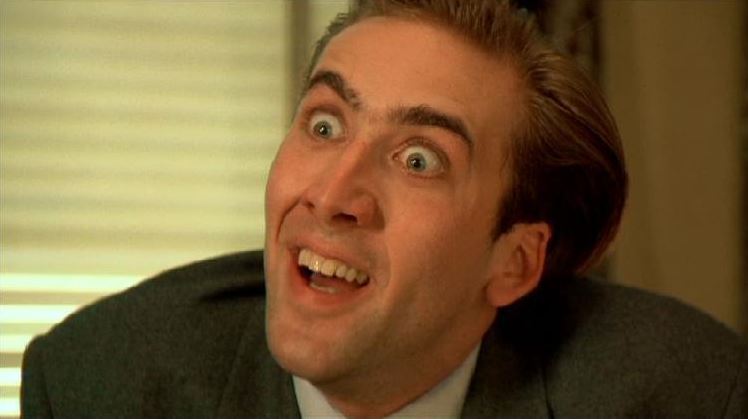