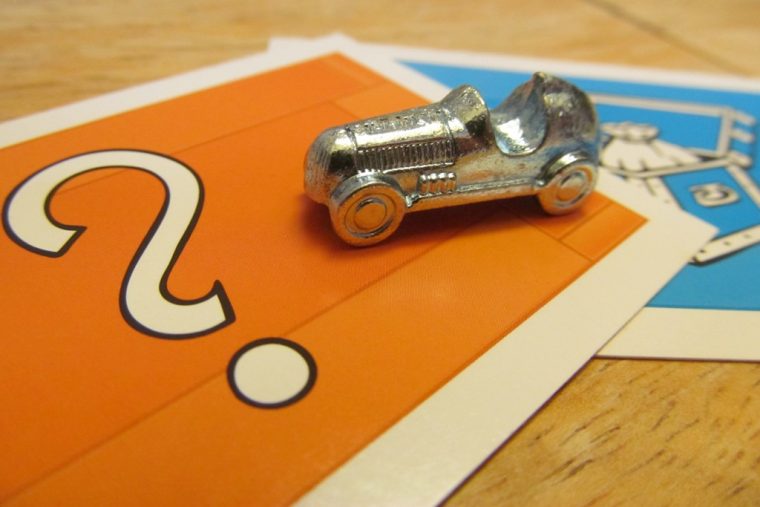 Widely regarded as the most popular Monopoly playing piece–especially by overly-competitive men–the single-seat, open-wheel racing car is preferred by 1 out of 4 players of America’s beloved board game.

But where did this retro token come from? And what real car was the inspiration for its rounded rear, long side headers, and flared cowling? Find out!

The Monopoly car wasn’t part of the original six game tokens (the hat, thimble, iron, shoe, cannon, and battleship), but it did appear early on as the seventh token in the Monopoly heritage, resembling an old closed-top Chrysler during WWII.

The race car as we known it today was introduced in 1937 when Parker Brothers began using die-cast metal tokens instead of composite material. It’s the only token added during those years which still remains in play (outlasting the purse, rocking horse, and lantern). As it was being developed during those years, it went through a number of variations, such as having a driver and a number “3” on the side.

Hasbro claims the race car was intended to be the roadster of the game’s Chairman of the Board, Mr. Monopoly (aka Uncle Pennybags), but it looks like an old racer from the past. Jalopnik claims it’s an old Kurtis Kraft Midget Racer, while others surmise it could be a 1934 Mercedes Grand Prix W25, a Maserati 8CTF, or an Alfa Romero 158.

Regardless of its inspiration, it’s a timeless playing piece–a whole lot better than that Toyota Prius Monopoly replaced it with in its “Here and Now Edition” in 2006!