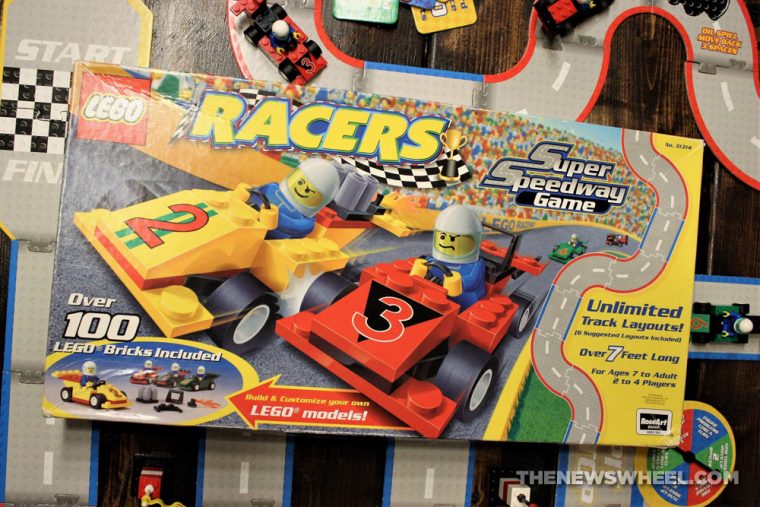 If you entered my room when I was a child, you’d have trouble walking to my closet without stepping on any of the numerous LEGO bricks strewn across the hardwood floor. I was an avid LEGO fan, accumulating as many sets as I could afford with my allowance money (or ask for at Christmastime). I even had a couple LEGO board games and CD-ROM games. I absolutely loved the LEGO Racers computer game and spent hours customizing my digital car with special bricks I unlocked.

It wasn’t until recently that I found out LEGO had capitalized on the popularity of its racing video game and released a physical board game under the same name — complete with race cars you have to build. To celebrate National LEGO Day this month, I revived my childhood love of LEGOs and played LEGO Racers Super Speedway Game for the very first time.

Information on and review of
LEGO Racers Super Speedway Game

Make Your Own Tiny LEGO Models: This book gives you tons of brick-building tips 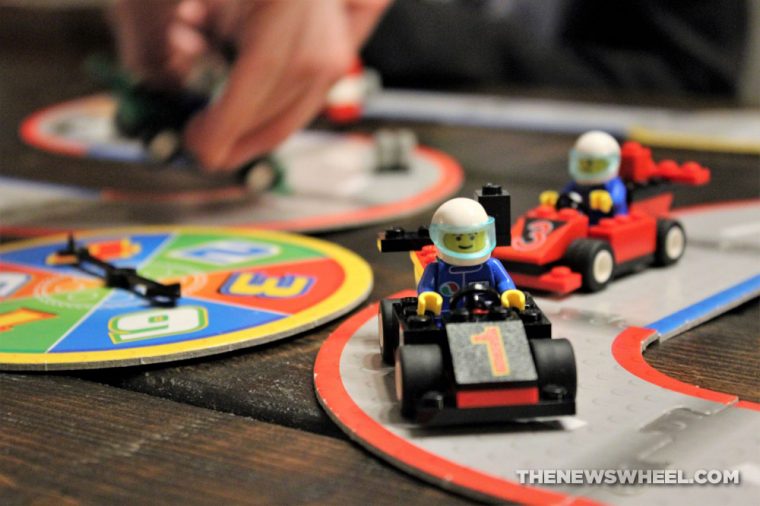 How to play LEGO Racers

Being a LEGO product, you have to assemble the game before you can play it. The box contains parts to build four different-colored race cars, each with an identical driver. After finishing assembling the cars, you have to construct the racetrack, connecting the cardboard track tiles following one of the suggested configurations or your own design.

Each player claims one of the LEGO cars. Flick the spinner (numbered from one to six) to determine starting order, and arrange the cars behind the starting line.

Players move their cars on their turns by flicking the numbered spinner and advancing the corresponding number of spaces. If the target space is already occupied, the advancing player bumps the resident car back one space. If the target space contains one of the four types of Power Up Bricks (turbo boost, oil, nitro, or shield), the player obtains that part. They can either use its advantage immediately or attach it to their car to save for a future turn. Certain spaces, like oil slicks and the pit stop, have special instructions and could hinder or help a player’s progress.

Whenever a car completes a lap, it obtains a rectangular brick to denote a completed lap. The first player to collect three lap bricks is the winner. 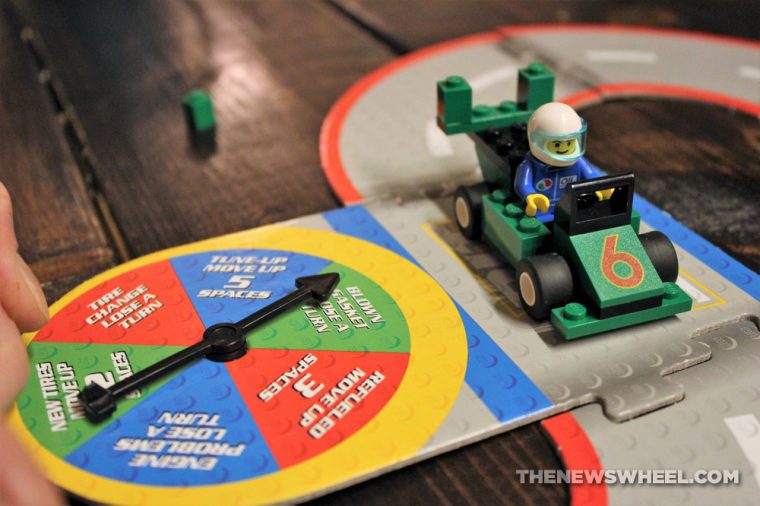 What comes in the box?

What Are the 10 Best LEGO Car Sets? We count down our favorite brick-scale models! 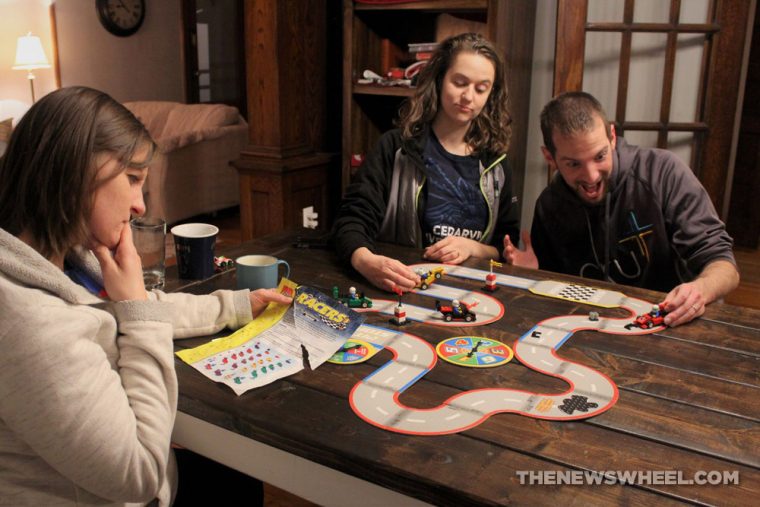 Learning and playing the game

Lego Racers Super Speedway Game is a simple game intended for families with children, so its rules consist of only a double-sided sheet of instructions. For the most part, the rules are very straightforward, though there are some gaps in the directions that may require house rules. It released prior to the formation of the LEGO Games line that produced a deluge of more complex board games, so LEGO Racers doesn’t possess the strategy or the style of later brick-branded titles. The game doesn’t involve much strategy, as winning relies on spinning high numbers on the movement dial and having the right Power Up Bricks at the right time. It’s honestly the simplest racing board game I’ve ever played. 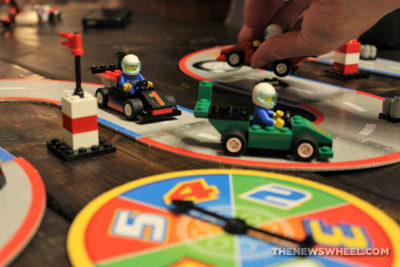 Perhaps it was my nostalgic spirit influencing me,  or my disappointment with LEGO’s other motor-racing game, LEGO RACE 3000, but I quite enjoyed this LEGO Racers board game. My friend likened it to playing Mario Kart, and I could definitely see the similarities. Players are constantly bumping each others’ cars around, boosting ahead, and launching items to sabotage each other. With all four players on the board, it’s practically weaponized bumper cars.

As a game assembled and played directly out of the box, LEGO Racers Super Speedway Game is a really simple, chance-based kids game that’s a fun couple of laps. But it doesn’t have to remain that. Its strength — like LEGO products in general — is the opportunity to customize it however you want. If you want strategic gameplay, you can create house rules and reduce the luck factor. If you want to aesthetically personalize your competition, you can use your personal LEGO collection to switch out the generic drivers with other minifigs or even build your own one-of-a-kind race car from the wheels up. The basic game is a great starting template to adapt to your vision, which aligns perfectly with the LEGO philosophy.

Its weakness is its lack of innate replayability. LEGO Racers banks heavily on the player’s desire to run multiple races in a circuit across differing track configurations — to the point of suggesting multiple track designs, outlining circuit scoring rules, and providing scoring tokens. However, because the curved turn track segments have zero difference from straight pieces, the shape of the track doesn’t mean anything, and you could essentially run the same path repeatedly.

If you happen to pick up a used copy of LEGO Racers Super Speedway Game at a thrift store or online (you can often find it on Ebay for under $15), it’s a fun little nostalgia trip. If you want it to be a game to cement in your family board game night library, you’ll need to make some house rules and supply your own LEGO bricks for customization — which, honestly, would be a fun way to spend a Sunday afternoon.

LEGO Racers Super Speedway Game is out of print but available pre-owned through online marketplaces (or your friend’s closet).