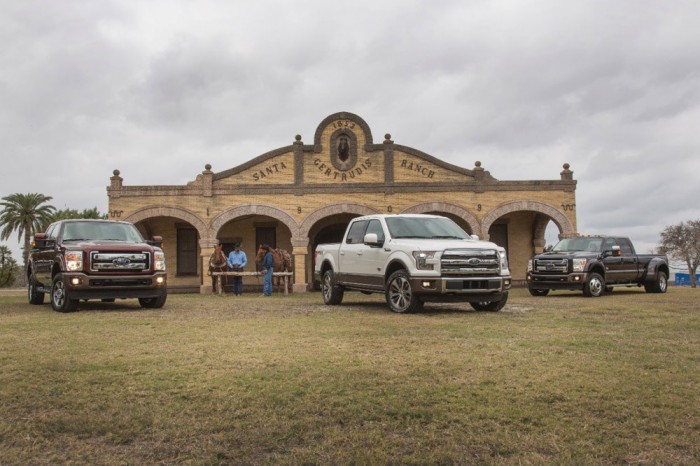 The Ford and King Ranch partnership goes all the way back to 1999, when Ford noticed that the ranch represented the same philosophies at Ford’s core: toughness, authenticity, integrity, and quality. These philosophies are engineered into every one of their trucks, so it only seemed like a natural fit.

According to a Ford news release, to mark the 15th anniversary of the Ford and King Ranch partnership, the all-new F-150, the F-Series Super Duty, and the Expedition will bear the King Ranch® name. The trio of King Ranch models were photographed on the Ranch by Texas State Photographer, Wyman Meinzer. 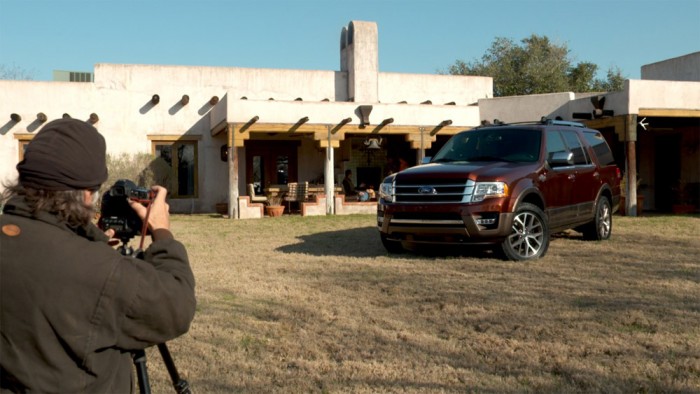 Meinzer’s unique collection of photos will make their debut at an exhibit during the 2014 Houston Livestock Show and Rodeo. The photo shoot resulted in more than 4,000 photographs, which will be available for viewing at Ford.com.

The success of the Ford and King Ranch Partnership is evident in Ford’s Texas sales. Forty percent of all F-Series Super Duty King Ranch editions are sold in Texas. Everything is bigger in Texas, right?