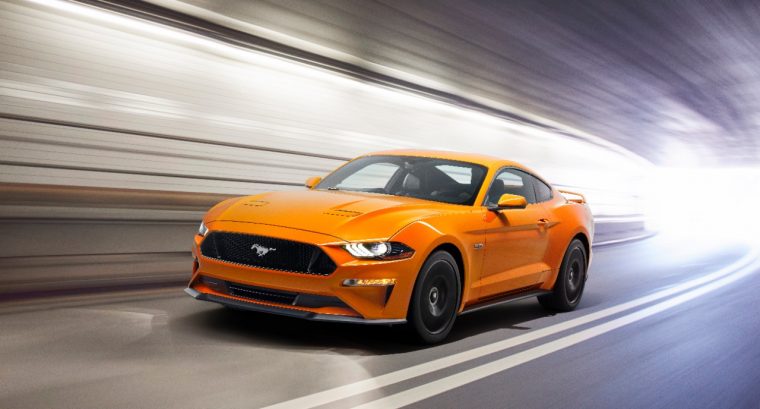 Earlier on Tuesday, Mustang6G got hold to some running footage of the 2018 Ford Mustang, blowing the lid off of the biggest mystery in the automotive industry—how much does the refreshed Mustang look like the sixth-gen version we’ve already come to know and love? The answer: quite a lot! And, you know what? That’s not really a bad thing.

Ford, as it turns out, held the 2018 Ford Mustang out from the 2017 Detroit Auto Show so that brand ambassador Dwayne “The Rock” Johnson could hold a more intimate reveal with US Army combat vet and Purple Heart recipient Marlene Rodriguez. The automaker today not only released a thoroughly tear-jerking video of that special moment, but it followed suit with plenty of photos and details of the 2018 Mustang.

Apart from the visual tweaks, there are a few significant upgrades for the 2018 Mustang, none more significant than the disappearance of the base-level 3.7-liter V6. The 2.3-liter EcoBoost now becomes the Mustang’s base engine option, and the 5.0-liter V8 gets a major overhaul that allows for more power and higher revs. 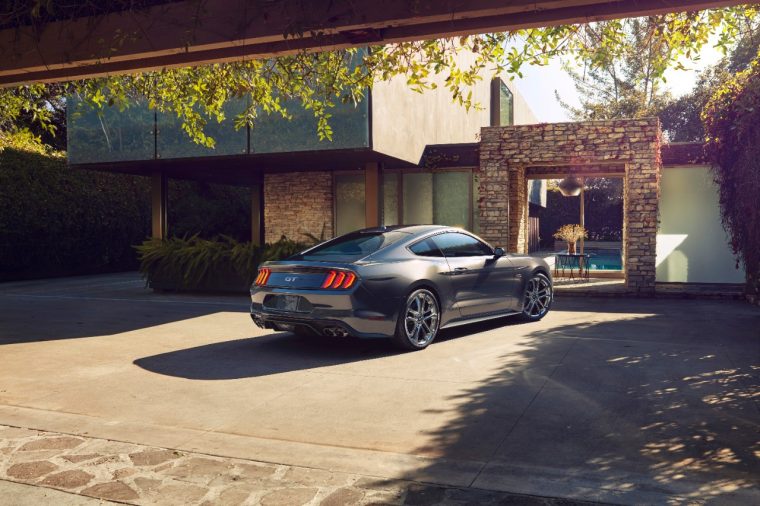 Performance upgrades are fairly significant with the addition of new shocks, stabilizer bars, and cross-axis joint in the independent rear suspension. The Mustang Performance Package option also makes MagneRide damper technology available for the first time ever in a Mustang.

One of the biggest updates on the inside with the inclusion of an available 12-inch all-digital LCD instrument cluster, similar to that being offered in the extremely exclusive 2017 Ford GT. The information display will offer customizable looks for the Mustang’s normal, sport, and track driving modes, all of which can be saved (along with suspension and steering preferences) in the all-new Mustang MyMode. 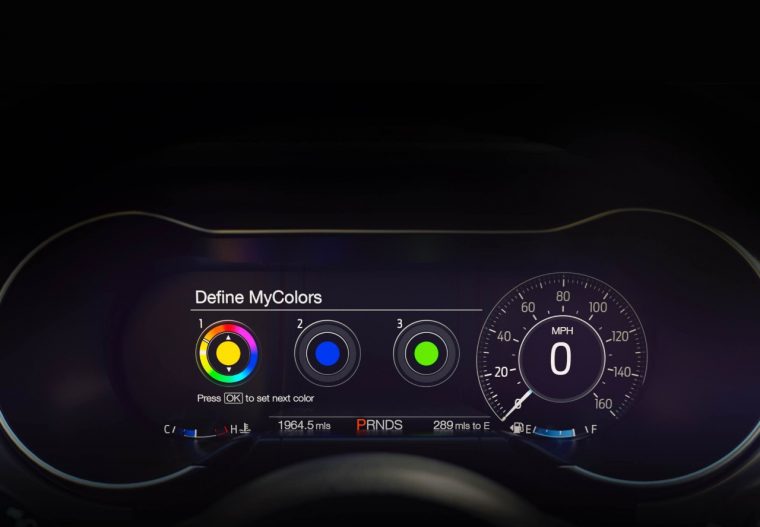 Customization seems to be one of the keys for marketing the updated 2018 Mustang, with Ford promising the ability to adjust the engine note through the Mustang GT’s active valve exhaust system.

As for the look, the 2018 Mustang gets a new hood and front and rear fascia, as well as a dozen new alloy wheel offerings and a new color—Orange Fury. It will also become the first Mustang to feature all-LED front lighting. The EcoBoost Mustang will come standard with dual-tip exhaust, while the Mustang GT gets standard quad-tip. 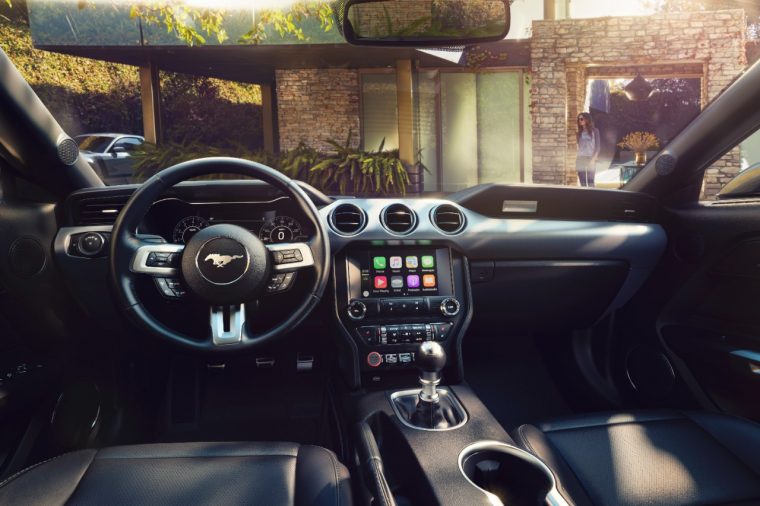 The new Mustang will be available starting in the fall. Expect more information in the intervening months. 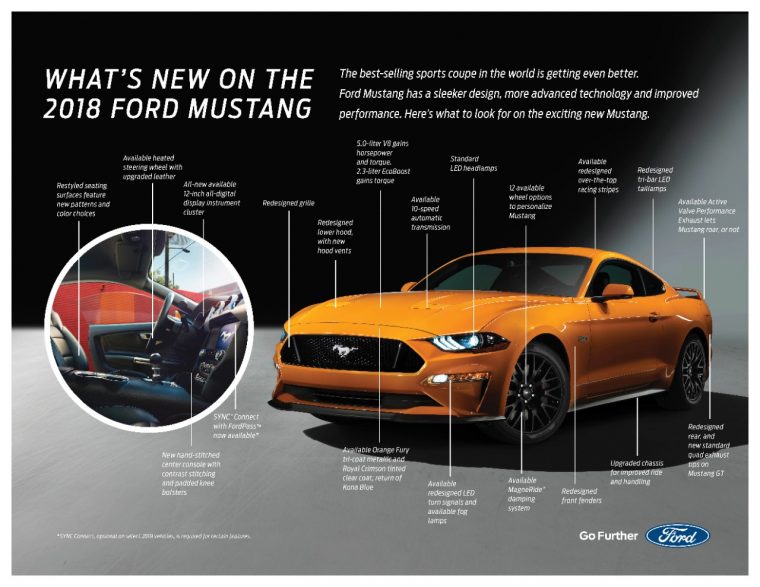