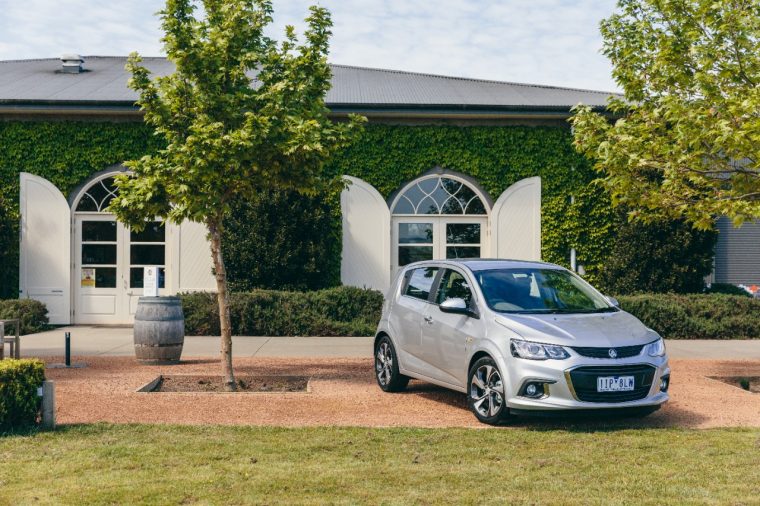 General Motors has officially launched the redesigned 2017 Holden Barina in Australia, a vehicle which, if it were sold elsewhere in the world would be called the Chevrolet Sonic. However, the Sonic/Barina has undergone some Australia-specific changes. Partly, this redesign has been in a move to endear the car to older buyers.

Or, according to Justin Thompson, GM Australia’s Exterior Design Manager, “It was time for the Barina to grow up at bit and expand its global appeal beyond the young adult market.”

The new face that makes this compact car a Barina is inspired by the Camaro, with a redesigned front grille and LED lighting. Although the Barina doesn’t have the same small lights and forward-jutting hood, the design of a split grille with side air scoops does call back to the Barina’s more athletic cousin.

The interior has also received an upgrade, receiving technology improvements such as Apple CarPlay and Android Auto, as well as a Rear View Camera, Push Button Start, and passive entry. Under the hood is the same engine as before (a 1.6-liter four-cylinder), and the whole deal has earned a 5-star ANCAP safety rating.

General Motors has boasted that the Barina design changes coming from the team in Port Melbourne will be adopted by other GM markets that sell the Chevrolet Sonic. The Barina is currently heading to Holden dealers nationwide.