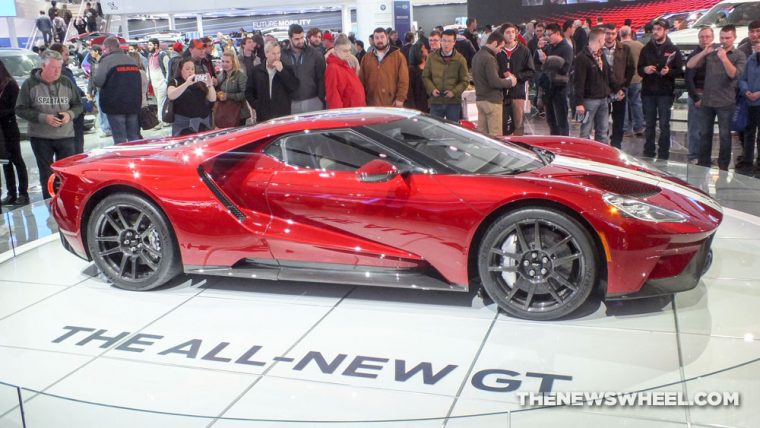 The new Ford GT supercar premiered two years ago at the 2015 Detroit Auto Show and it was such a hit that it won Best in Show in The Detroit News yearly Readers’ Choice Awards. Fast forward two years later and the popularity of this performance car has not diminished, as the 2017 Ford GT was once again voted Best in Show, while also picking up the Readers’ Choice Award for Best Dream Machine.

These prestigious awards were voted on by 100 members of the public who recently attended the 2017 North American International Auto Show. Other Ford products to earn awards at this year’s event include the Lincoln Continental, which picked up the award for Coolest Technology, while the new Ford Raptor was named Baddest Off-Road Vehicle. 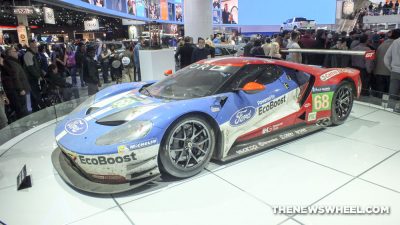 One Ford vehicle that did not earn a trophy was the refreshed 2018 Ford Mustang, but that’s mainly due to the car’s surprise appearance at the 2017 NAIAS, which occurred after opening weekend. Ford delayed the debut of the updated Mustang so it could put together a video in which Dwayne “The Rock” Johnson presented a new ‘Stang to US Army Vet Marlene Rodriquez.

It has been a successful last couple of months for Ford with the company announcing domestic sales 2,502,973 vehicles in 2016. That figure could rise in 2017 with release of the new Ford GT, but only slightly since Ford will be producing only 250 examples the supercar this year.

The Environmental Protection Agency also released fuel economy ratings for the 2017 Ford GT recently. The new Ford GT will yield an EPA-estimated 11 mpg in the city, 18 mpg on the highway, and 14 mpg combined. That means it will likely qualify for a gas-guzzler tax of approximately $3,000, which is on top of its more than $450,000 price tag.