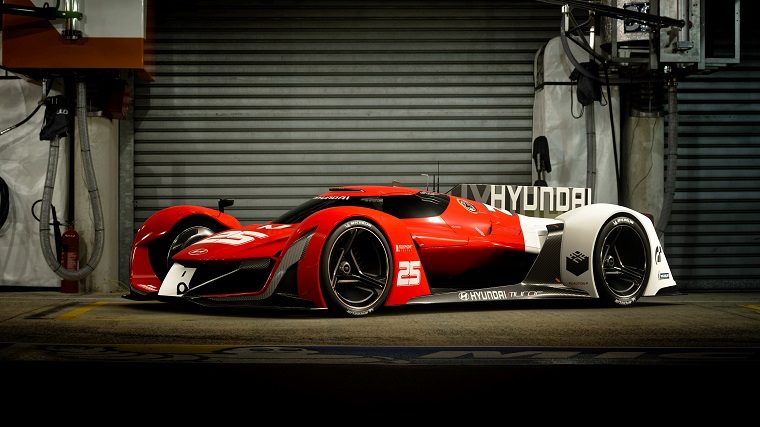 There’s nothing more exhilarating than driving a fast car at top speed along a challenging track. Of course, most of us are stuck driving boring sedans and old beaters that take a full 15 seconds to go from 0 to 60 mph—not exactly exciting stuff. While celebrities and millionaires get to own real-life supercars, us mortals can only experience such power behind the wheel of a virtual race car.

Personalize Your Ride: Official accessories for your Hyundai

Luckily, there are plenty of fast cars to choose from in games like Gran Turismo Sport, which went on sale this week for Playstation 4. One such car is the Hyundai N 2025 Vision GT Concept, which competes in the game’s top class against the likes of McLaren, Bugatti, and Aston Martin.

Of course, there is no equivalent to this concept in Hyundai’s lineup. However, a real-life version of the car appeared at the Frankfurt Motor Show, and then the LA Auto Show, back in the fall of 2015. Like with many other concepts, there’s a chance that elements from the N 2025 Vision GT will show up in production Hyundai models. 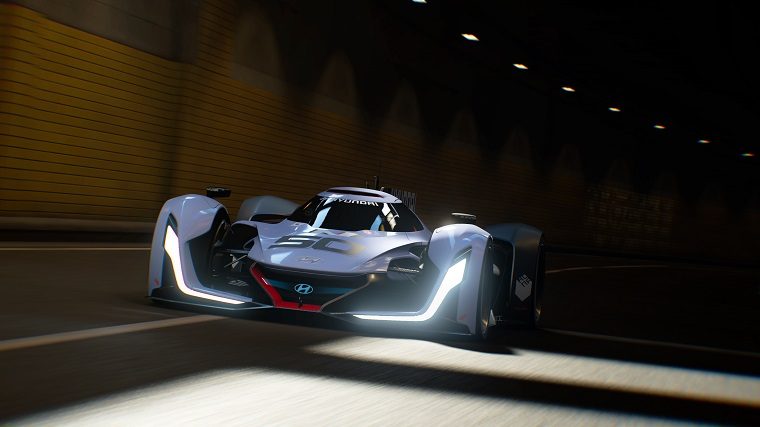 “The N 2025 Vision GT is our ambitious take on what we think prototype racing could look like in the not-too-distant future,” explained Chris Chapman, Chief Designer at the Hyundai Design Center. ”We’re thrilled to see it presented anew in one of the most visually stunning racing simulations ever created.

“This concept is a point of pride for Hyundai on so many fronts,” he continued. “It effortlessly combines beauty and function as a racing car, and it boasts a fuel-cell powertrain that is as progressive as the bodywork wrapped around it. It’s exciting to know that players who drive it in Gran Turismo Sport can now do so in pursuit of a real FIA Championship that’s exclusive to the game.”

The Vision GT race series first debuted in Gran Turismo in 2015 and has since attracted concept cars from numerous automakers, including Mercedes, Nissan, and Chevrolet. Although the segment is completely virtual, it has become quite competitive as various brands show off their design prowess and try to outdo each other with their finished vehicles.

Gran Turismo Sport will feature four more Hyundai-designed vehicles in addition to the N 2025 Vision GT, each one based on the Genesis Coupe.