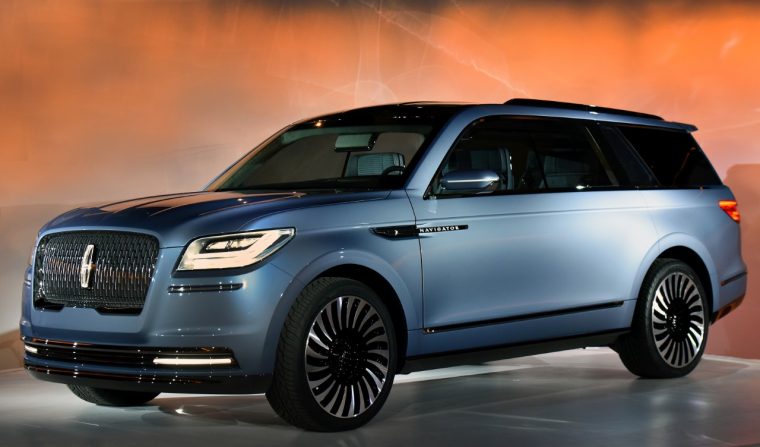 If you had to consult a certain pumpkin-colored presidential candidate to get his single-word take on the new Lincoln Navigator Concept, you’d get this response: YUGE.

Lincoln revealed its Navigator Concept this week at the 2016 New York International Auto Show, and if it represents the direction of the eventual next-gen production model in the same way that last year’s Continental Concept foretold the 2017 Lincoln Continental, then lovers of large luxury boats will be pleased with what they wind up getting down the road.

“The all-new Navigator Concept reinforces our commitment to give every Lincoln client what we call quiet luxury—vehicles and experiences that are elegant, effortlessly powerful, and serene,” said Kumar Galhotra, president of Lincoln. “This kind of quiet luxury sets Lincoln apart. Now, we’re showing fans of large SUVs how we can exceed their expectations, without being the loudest statement on the road.” 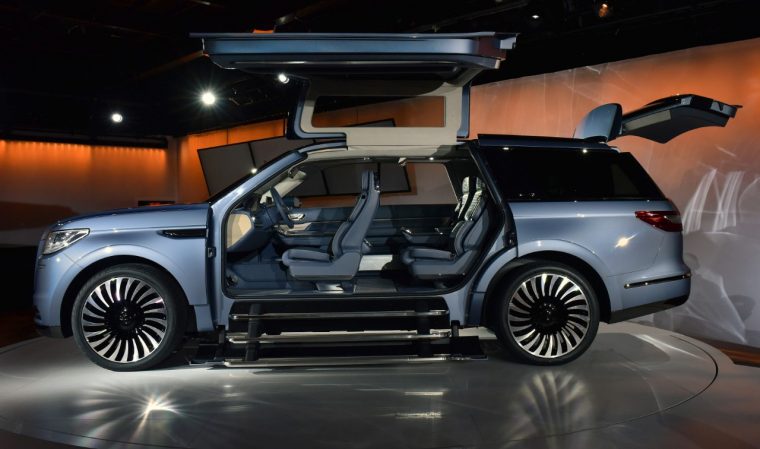 The Navigator Concept is both a boat in proportions and in influence—the design team took cues from sailboats and yachts, leading to the “Storm Blue” paint scheme on the exterior and a similar contrast of blues and grays on the interior.

Speaking of the inside, it is indeed yuge. There is an incredible amount of leg- and headroom in each of the three rows, and the 30-way Perfect Position seats add another layer of comfort for the riding experience. Each seatback features a built-in touchscreen display with Wi-Fi access, and the center stack boasts a large touchscreen that controls key features including the information displayed on the driver’s panel screen.

And speaking of features that likely will not make the final product, the Navigator Concept is probably most notable for its gullwing doors and retractable concertina steps. Both features certainly help the concept stand out at a crowded auto show, but it seems implausible that either would be offered on the production model. 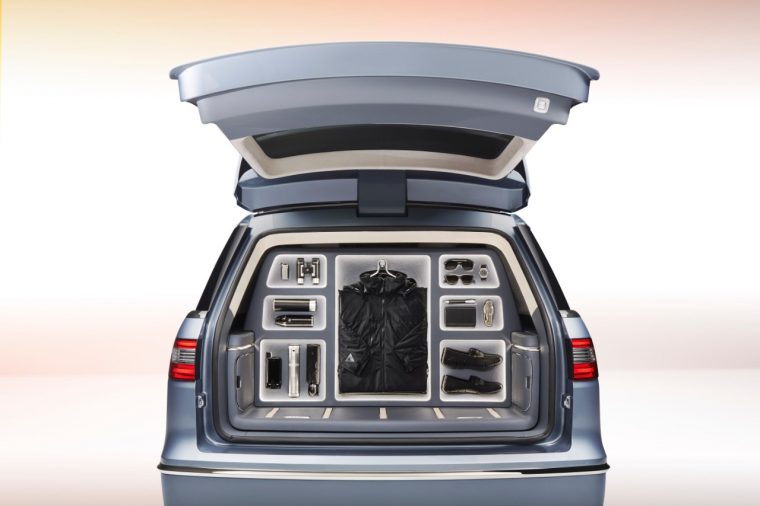 The Navigator Concept also features a custom wardrobe management system in the rear that would store everything from shoes and sunglasses to binoculars and coffee thermoses for a day out.

Certainly, the Navigator Concept is an enormous study that foretells a probably just-as-enormous mass-manufactured SUV would be a great spot for an actor to have a conversation with his dogs about where to get food.

Related: An actor in a Navigator having a conversation with his dogs about where to get food 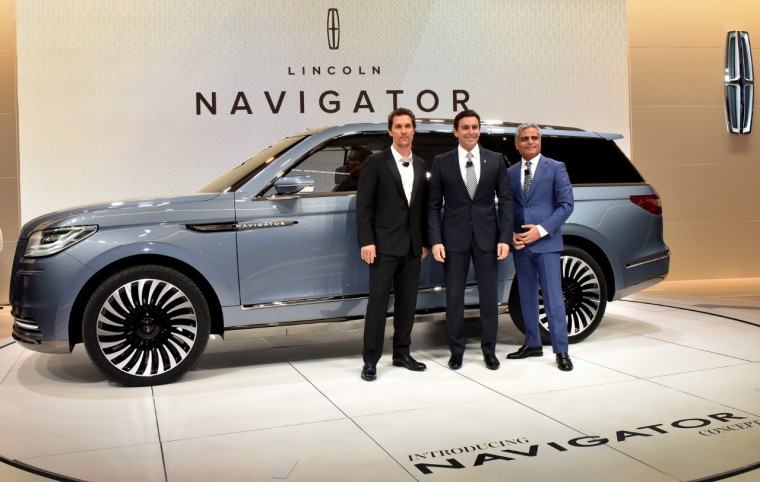