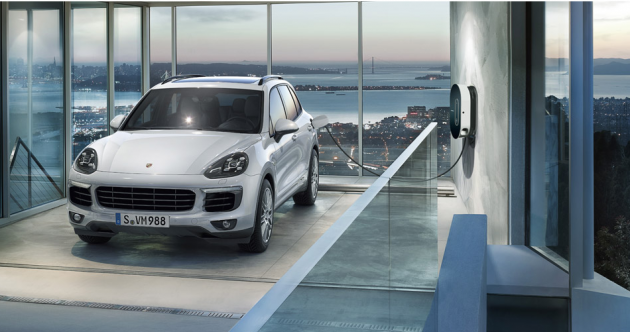 Although it’s probably not the first thing you associate with the German high-performance car company, Porsche actually boasts a larger variety of plug-in hybrids than any other automaker. Not even Toyota, with its myriad of Priuses (Prii? Priuplets? Pria pets?), offers more plug-in hybrid models than Porsche.

The latest is a new Porsche Cayenne S E-Hybrid, which premiered at the Paris Motor Show yesterday. The new model now joins the 918 Spyder and the Panamera S-E Hybrid in Porsche’s ever-expanding lineup of hybrid vehicles. 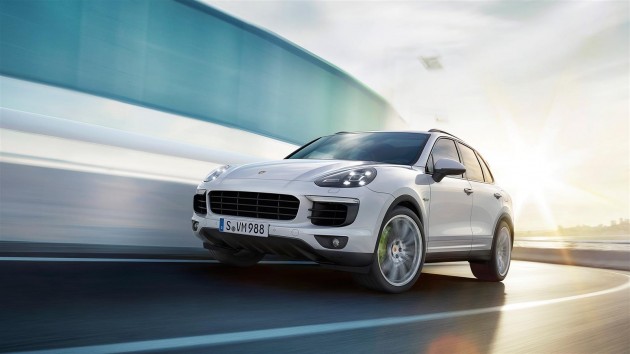 Based on the 2015 Porsche Cayenne S, this model differentiates itself with a 10.8-kWh lithium-ion battery pack, which drivers can charge with the 333 horsepower, 3.0-liter supercharged V6 engine (or, of course, by plugging it in). A 95 hp electric motor powers the Cayenne when it’s in electric-only mode, although the top speed when driving it on that setting is 78 mph. All together, the Porsche Cayenne S E-Hybrid’s powertrain combines for a total of 416 ponies.

No range estimates for electric-only driving have been released yet, and neither have any mileage numbers. However, the company has been kind enough to provide us with the MSRP for the Porsche Cayenne S E-Hybrid, which is listed at $76,400.

Now that the Cayenne has been electrified, we can reasonably expect to see the 911, Boxster, Cayman and Macan receiving plug-in versions in the future. Adding all-electric options to its lineup may have once sounded like a very uncharacteristic move on the part of Porsche, but such is the world we live in now.