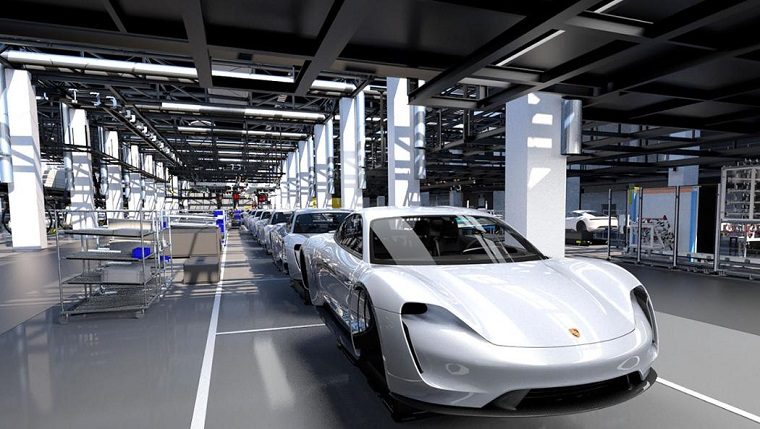 Porsche was one of the first sports car manufacturers to embrace the potential of hybrid power, and now the Germany company is officially launching its first-ever all-electric car, the Taycan.

Based on comments by Porsche’s model line director, the sleek EV will be positioned between the Cayenne and the Panamera, which start at $65,700 and $85,000, respectively.

The Taycan represents a huge investment into electrified mobility on the part of Porsche: six billion euros and 1,200 new employees for the development of the Taycan alone.

“In firmly committing to electric mobility, the sports car manufacturer is undergoing a process of major change and once again reaffirming its ability to safeguard its future,” the company said in a press release.

Porsche chairman Lutz Meschke says that over 50 percent of Porsche models delivered from 2025 will likely be electrified in some form and that despite all of the changes taking place, it is still targeting its usual 15 percent profit margin.

Meschke also stated that he wants to offer higher-performance versions of the Taycan, such as  Taycan Turbo S, that could be priced as high as 200,000 euros.

For now, however, the Taycan uses 800 V technology derived from Porsche’s former LMP1 program, boasting exceptional power density. Porsche says the battery can be charged to go as far as 100 km, or 62 miles, in only four minutes, and hinted at even to come once it gets started in Formula E, the all-electric motorsports series that will push it to develop even more extreme technologies.