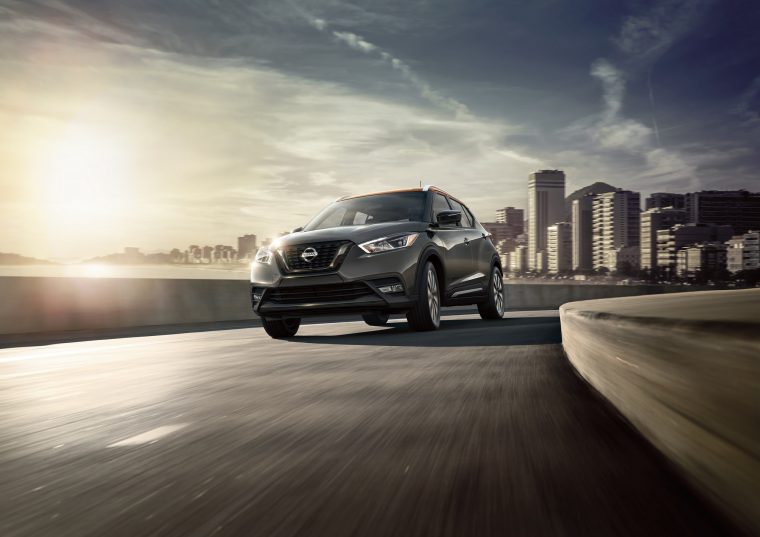 It’s the end of 2018 and the last 2019 models are finally being rolled out for the new year. This month, Nissan announced the price of the latest Nissan Kicks, a capable crossover available equipped with color and technology options to make driving fun.

Line ‘Em Up: Take a look at all of the crossovers and SUVs Nissan offers

For 2019, front-wheel drive propels the Nissan Kicks and all three of its trim levels: S, SV, and SR. The base level, the 2019 Nissan Kicks S FWD, has a starting Manufacturer’s Suggested Retail Price of just $18,540, putting it in easy reach for drivers on a budget who want to drive a crossover. From there, the Kicks SV FWD has an MSRP of $20,250 and the SR FWD is the highest with a $20,870 MSRP. All three models have a destination and handling price of $995.

The Nissan Kicks is a newer model here in the United States, coming north from Brazil for the 2018 model year after an announcement at the 2017 Los Angeles Auto Show. For 2019, the model will be available with seven color options and five additional two-tone color schemes that give the roof and body of the Kicks contrasting colors to stand out from the crowd. Inside of the cabin, the Nissan Kicks has a “Gliding Wing” instrument panel and centrally mounted 7.0-inch display with three interface choices: NissanConnect®, Apple CarPlay™ or Android Auto™. You and your passengers will appreciate the best-in-class front seat legroom and considerable cargo room behind the second row.

Something Bigger: Check out the technology in the cabin of the Nissan Rogue

If you’re thinking about adding a new crossover to your family fleet, contact a Nissan dealership for more details about the trim levels and availability