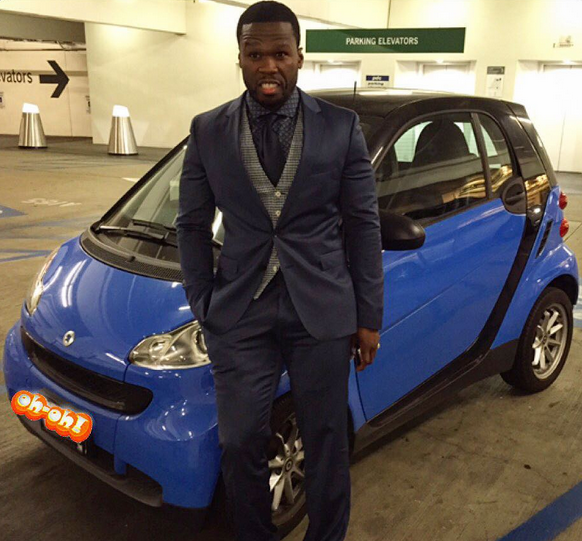 After filing for bankruptcy Mr. Cent may have to rethink his auto choices.
Photo: Instagram

Just days after filing for Chapter 11 bankruptcy protection, rapper 50 Cent posted a picture of himself on Instagram in front of a tiny Smart Car to illustrate what his life could be like if people don’t stop suing him.

“Times are hard out here LMAO,” wrote Mr. Cent in the caption accompanying the photo.

Times weren’t always so tough for the rapper; he made an estimated $100 million from a business deal with Vitamin Water in 2007, but a jury recently ordered him to pay $5 million to rapper Rick Ross’ baby’s mama when it was ruled he violated her civil rights and caused her emotional distress after releasing her sex tape to the internet in 2009. Fifty was also ordered to pay $16 million to headphone company Sleek Audio after he was accused of sharing their trade secrets.

Because of his legal situations, the New York rapper might have to squeeze his muscular frame and shrinking wallet inside an ultra-compact Smart Car–instead of stashing millions in the trunk of a Lamborghini like he use to do in his YouTube videos. 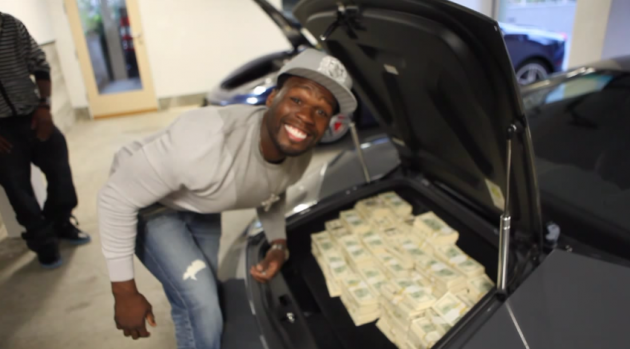 It’s highly unlikely, but if 50 Cent does transition from the Lamborghini to the Smart Car, then he might like to know a little bit about the tiny vehicles. First off, at only a little more than eight feet long, tiny vehicle won’t offer much storage space for his spare cash–but with the way things are going, that might not be an issue anyway. The Smart was launched in Europe in 1998 and it took more than a decade for them to pick up in the US, appealing to consumers for its fuel economy ratings.

Mr. Cent probably hasn’t worried about filling up a gas tank in awhile, but if he doesn’t get things together, he could end up becoming a just another window shopper like the people that used to inspire his rap songs.