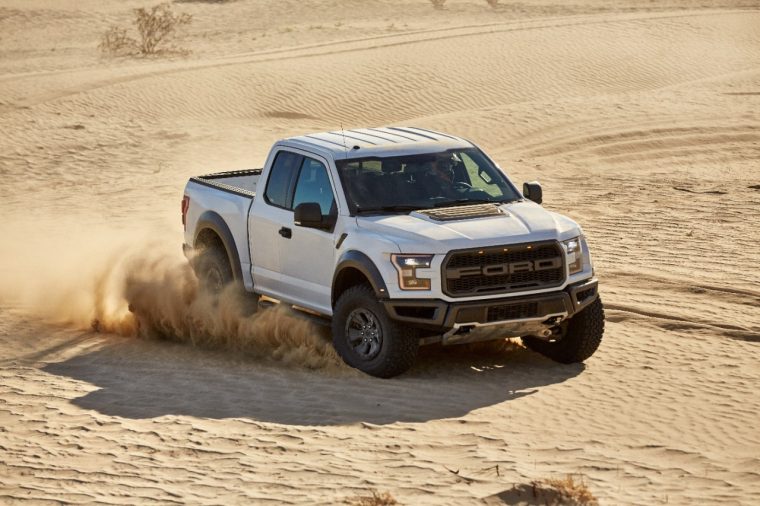 Ford still has quite a bit to reveal about its upcoming 2017 F-150 Raptor, including just how much horsepower it will have. Automotive News may have put one more piece of the Raptor’s puzzle into place by revealing pricing information.

Apart from that, there was nothing revealed about the Raptor we don’t already know. We’ve learned that it will feature six different terrain modes that will enable it to handle everything from asphalt to rocky inclines, that it will feature larger FOX Racing Shox for better performance off-road, and that it will be powered by the all-new second-generation 3.5-liter EcoBoost and a 10-speed automatic transmission.

The output of the 3.5-liter EcoBoost is as-yet unknown, though Ford Global Product Development Vice President Raj Nair did at one point early last year indicate that it will see an output of around 450 horsepower. Ford has revealed, however, that the new Raptor will be approximately 25% faster off-road than its predecessor, as well as upwards of 500 pounds lighter thanks to the same new aluminum-alloy body as that of the current-gen F-150.

It was also revealed by Automotive News that Ford is accepting orders on the 2017 F-150 Raptor now. If you want one, you best get on it.