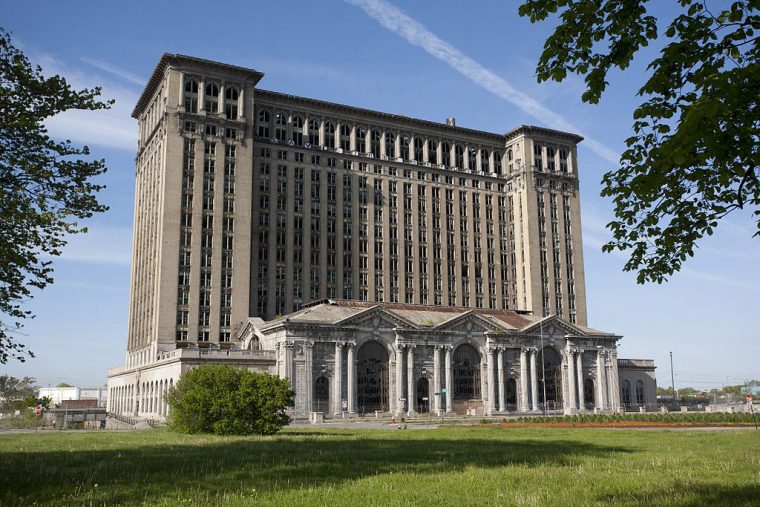 Ford is looking to transform the Corktown neighborhood of Detroit into a massive campus that will encompass dozens of current buildings and revolve around the long-abandoned Michigan Central Station.

Crain’s Detroit Business reports that, per a half-dozen anonymous sources, the automaker is in talks to acquire upwards of 50 properties in Corktown ranging from plots of land to warehouses and retail spaces. This would provide the bulk of the space needed to create another major campus area in Michigan—one ideally catered toward attracting younger talent seeking to work in an upscale, urban environment.

The centerpiece of the campus would be Michigan Central Station; Ford is rumored to have been in negotiations to acquire the abandoned former train depot since March of this year, and four sources confirm to Crain’s that the automaker is expected to make its intentions public next month.

Ford has already gained a foothold in Corktown with the acquisition of the Factory on Michigan Avenue. This facility will house 220 employees focused on autonomous and electric vehicle business and strategy, including Team Edison.

“We are excited about our return to Detroit this year with our electric vehicle and autonomous vehicle teams relocating to the Factory in Corktown,” Ford Land Development Spokeswoman Dawn Booker told Crain’s. “While we anticipate our presence over time will grow as our AV/EV teams move downtown, we have nothing further to announce at this time.”

Ford is two years into a planned $1 billion, 10-year plan to revitalize its Dearborn campus, but Crain’s reports that the development of Corktown could impact those plans, which are currently being re-evaluated under new CEO Jim Hackett.