Report: Ford SVT Could Be Changing Name to 999 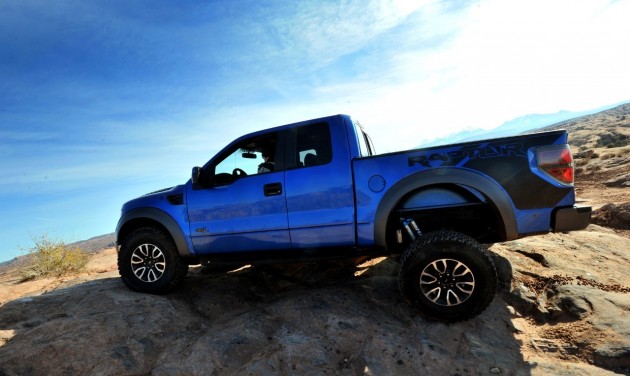 There’s been a lot of speculation as to whether a Mustang test mule that has been seen lapping the ‘Ring will once again take up the SVT mantle as opposed to being a Shelby GT350/GT500. Ford’s Special Vehicles Team has been responsible for some of the automaker’s most iconic performance rides, and a report today suggests that Ford SVT might be in for a name change itself in the very near future.

According to a report from Jalopnik, a survey sent in by one of their tipsters indicates that Ford is focus group testing the name 999, which it says is the name for a performance division “responsible for designing, engineering, racing, and marketing performance vehicles and performance parts.” Yep, that’s what SVT does.

So why 999? Travis Okulski believes that it’s likely a reference to the company’s first-ever racer, the Ford 999. Whether this is a reference that casual drivers would appreciate would remain to be seen, but it’s likely to be sorted out by the close of their market research efforts.

As far as we’re concerned, Ford SVT could become Ford CRAPS (which would stand for Central Racing Automotive Performance Stuff, of course), and as long as they keep making stuff that’s as good as the SVT Mustang Cobra R and F-150 Raptor SVT, we’ll dig it.

Gallery: The Best of Ford SVT

We could be seeing a successor to the 2006 Ford GT in Detroit, but it might look nothing like the GT and may not actually be called the GT. Hm.