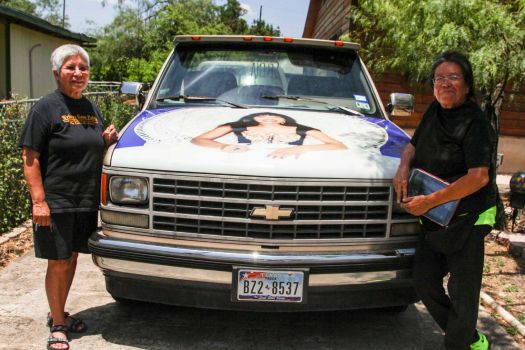 Selena Quintanilla is one of the most well-known Tejano musicians in the world. Tragically struck down in 1995, the singer is especially beloved in her home state of Texas. You can find Selena’s face on almost everything, from shirts, to mugs, to dolls, and now you can see her on a Chevy truck in San Antonio.

This 70-year-old San Antonio woman spent $2,000 to turn her truck into a Selena tribute: http://t.co/Wxbi3ou26n pic.twitter.com/hYBgI3raUj

Esther Alvarado bought the truck for her friend, Maria Anita Monsivaiz, in 1991. In 1994, Monsivaiz added a decal to the back to honor Selena. After the release of the 1997 film Selena starring Jennifer Lopez, Monsivaiz contacted the artist responsible for the art on a 1969 Chevrolet Impala in the movie for his help in creating a moving Selena tribute. Check out the Impala rescuing Selena in this clip from the movie:

About $2,000 and a few years later, the Chevrolet truck is a masterpiece dedicated to the memory of Selena Quintanilla. Monsivaiz enjoys seeing fans’ reaction, and she takes it to the annual San Antonio Fiesta and other events to show it off. Usually they hear a lot of honks when they drive it around town, but that could be because there is a “Honk for Selena” bumper sticker in the back window. Check out some of the panels below in these photos from the San Antonio Express-News: 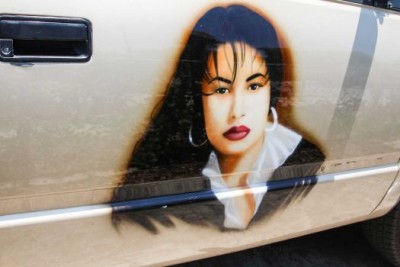 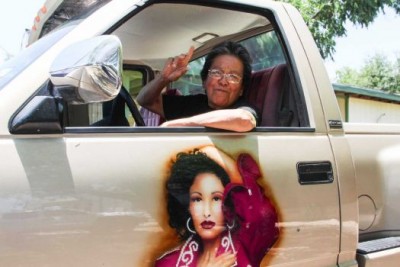 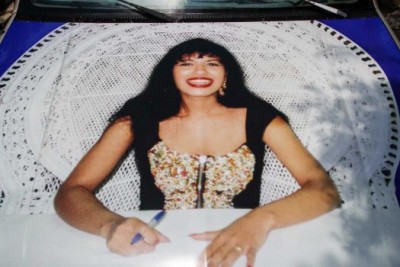 Alvarado and Monsivaiz met Selena 10 times before her death, and the image on the hood of the truck is actually Selena at an appearance outside an H-E-B signing an autograph for Alvarado.

Alvarado told My San Anonio.com: “I identify a lot with her because we’re both chicanas, she came from humble beginnings like we did, she was like a sister, friend or neighbor.  She made you proud to be who and what you were and no one had ever done that before.”

In your time on the roadways, what has been the most unique art you’ve seen on a vehicle?