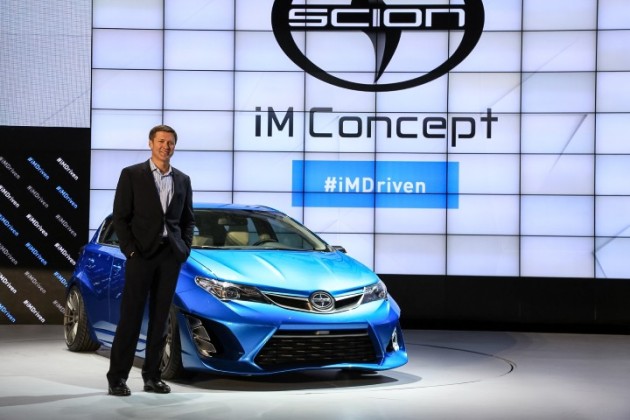 The big reveal of the Scion iM Concept in LA

Scion is known for being a little quirky. From its miniscule iQ to its box-like xB, Scion vehicles are designed to stand out from the crowd. Yesterday, at the LA Auto Show, Scion unveiled its jaw-droppingly gorgeous iM concept—a sporty hatchback with looks to compete with the Mazdaspeed 3 and the Subaru WRX. And then the automaker made our day by announcing that a Scion iM production model that would be coming sometime in 2015. Oh, how happy our hearts were.

Of course, when concept models make it to production, they often lose much of the styling that made us fall in love with them in the first place. But with Scion’s design track record, we’re hoping that the production iM will look fairly unchanged from the concept version. After all, the concept already looks pretty roadworthy without whatever changes Scion will make to it before we can buy it.

We expect the Scion iM production model to look a little more practical, but we sincerely hope that Scion keeps the essence of the vehicle intact. Luckily, we only have to wait until April to see the production version, when it will debut at the New York International Auto Show, along with another new Scion model.