Shakedown Challenger is a New School Dodge in a Retro Suit 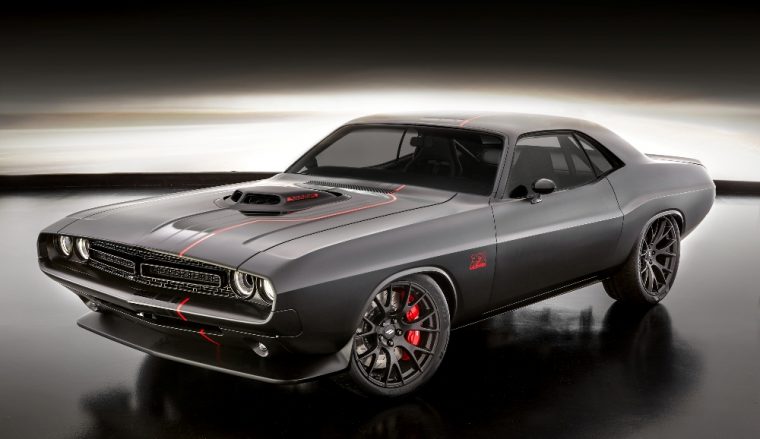 In today’s muscle car wars, the Ford Mustang is the best seller and the Chevy Camaro has received accolades for the design of its cabin, but many car enthusiasts from around the web seem to agree the Dodge Challenger and its old-school design have the edge in the looks department.

In The Market For A Used Challenger? Use these 3 tips to get the best deal possible

That is the unique appeal of the Challenger, as its old school appearance hides a plethora of high-performance parts that lie just beneath its sheet metal. For the 2016 SEMA Show, Dodge took this aspect of the Challenger to the next level; by taking the body of a 1971 Challenger and then equipping it with a collection of premium Mopar parts to create the Dodge Shakedown Challenger.

This modified muscle car uses the 6.4-liter HEMI V8 from the current Challenger R/T Scat Pack, as well as the six-speed manual transmission from the Viper. To provide that engine with plenty of fresh air, a hood scoop was also added.

While the body of Shake Challenger is indeed from a 45-year-old Dodge, that didn’t stop the FCA team from removing its door handles, turn signals, and drip rails, which they replaced with new headlights and a grille that came from the 2017 Challenger. In addition to those modifications, the team also lowered the Shakedown Challenger before installing a custom dual exhaust system. Moreover, they placed “Mopar 392 badges” on the fender so everyone at SEMA would know about the 485 ponies that live underneath of the hood.

The current Dodge Viper’s leather and alcantara seats also found a way inside the Shakedown Challenger. However, the back seats were removed in favor of a parcel shelf and roll bar, which further prove this car is about business.

At a show full of exotic and wacky vehicles, Dodge truly found a way to stand out with its Shakedown Challenger.

To learn more about the concepts and accessories at the 2016 SEMA Show, check out our topic page.

Diesel vs. Gas: Discover which option is best for your full-size pickup truck