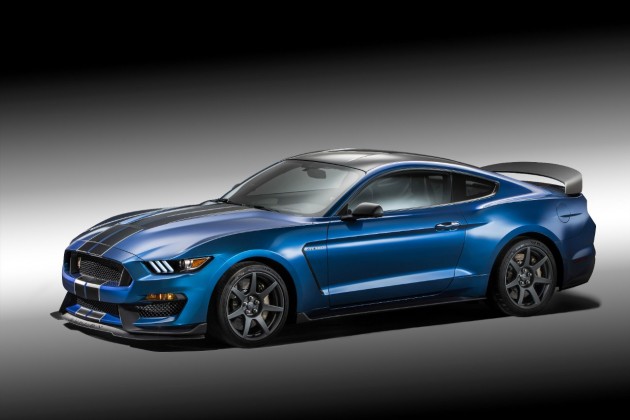 How can you tell that Ford had a positively sublime showing at the 2015 Detroit Auto Show? When the revelation of the Shelby GT350R Mustang, the most track-capable production Mustang ever built, is an easy third out of three on the list of things that Ford brought with it to NAIAS.

Don’t get it wrong: the Shelby GT350R Mustang is incredible. It’s lighter and more aerodynamic than the amazing Shelby GT350 that we saw a few months ago, thanks to innovations that include carbon fiber wheels. Ford will be the first major automaker to make carbon fiber wheels standard equipment for one of its production models, which coincides nicely with the reveal of the carbon fiber hellbeast that is the 2017 Ford GT.

“The Shelby GT350R Mustang is a no-compromise car in the pursuit of maximum track capability,” said Raj Nair, Ford group vice president, Global Product Development. “It is a thoroughbred street car making use of technology and ingenuity to deliver performance few enthusiasts have ever experienced.” 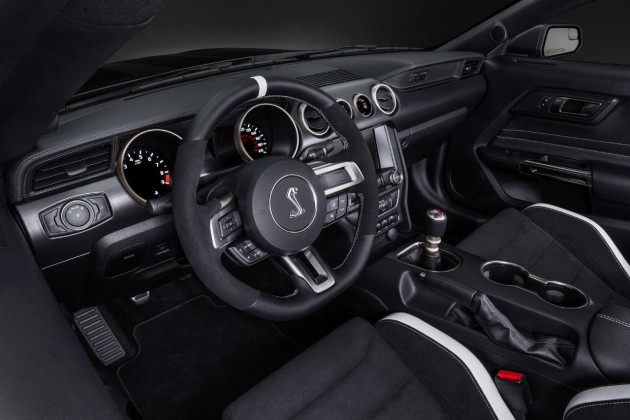 Of course, if you want one but you’re not into the idea of a no-frills, no A/C, no stereo car, you can get the optional Electronics Package that dumps in dual-zone air conditioning, an 8” touchscreen with nav, seven-speaker audio system, and all of that jazz. Chances are pretty good that if you aim to buy one later this year, you’re going to want to get it as light and nimble as possible, because that’s exactly what this thing was built to be. 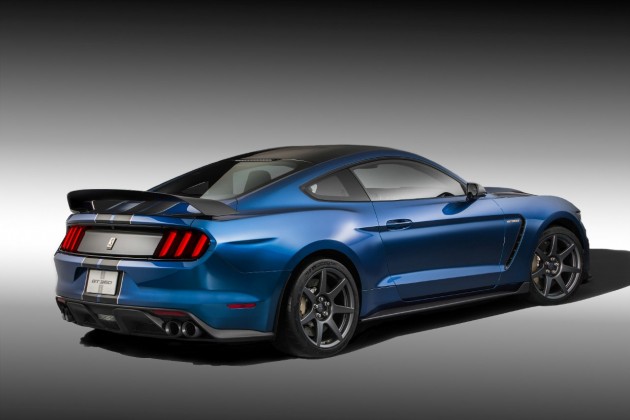 Other enhancements include a larger front splitter for increased downforce, a fancy-ass carbon fiber rear wing, red-painted brake calipers, and red pin striping at the edges of the hallmark racing stripes on the outside, and high-contrast red stitching, d-shaped steering wheel, and GT350R badging on the inside.

The Shelby GT350R will be available in the United States and Canada later this year in a limited but as-yet-unspecified production run. Stay tuned for more details. 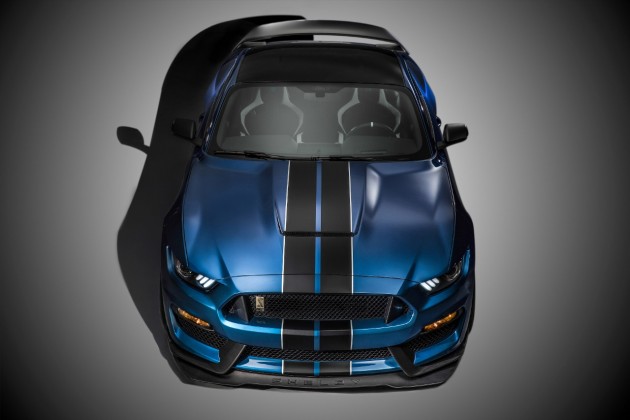