Imagine you’re sitting at a restaurant, eating dinner with your significant other, when suddenly, Boyz II Men emerges to sing a song. And not just any song—it’s a song dedicated to you. One lucky girl, Nikki, got just that when her now-fiancé, Stephen, won Kia’s Sorento Serenades with Boyz II Men contest, which has built up excitement for the all-new Kia Sorento. 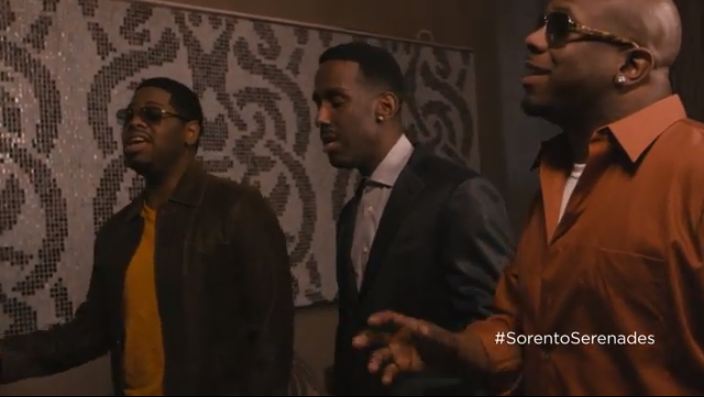 After the legendary recording artists, Nathan, Shawn, and Wanya, serenaded the lucky Nikki with a song, Stephen, humorously promising that he didn’t want to upstage Boyz II Men, dropped on one knee and popped the question to the love of his life. And of course, Nikki said yes! (How could you not after such a magical performance from Boyz II Men?)

Kia really blew us away with this one!