Sorry, Facebook, Eminem’s Cadillac Ciel Concept Is Not Up for Grabs

The number one scam in the world might still be that deposed king in Nigeria asking for your money, but this recurring Facebook hoax might be a top contender if the gullible masses don’t stop sharing anytime soon. The hoax involves Eminem’s Cadillac Ciel (which he probably doesn’t even own since, as Autoblog points out, Eminem is a Chrysler man through and through). 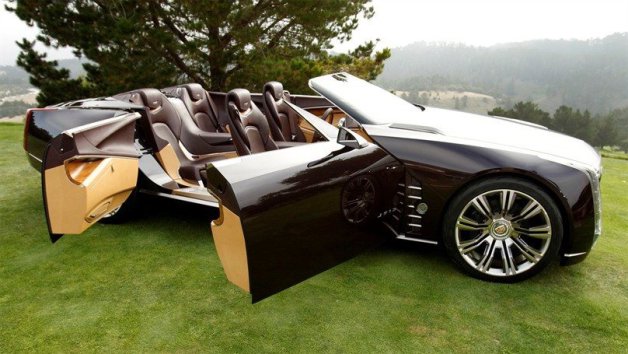 Eminem’s Cadillac Ciel, except not really because he doesn’t own it.

Naïve Facebookers are being led to believe that if they share the above photo, like Eminem’s fan page, and like the photo, they will be entered to win Eminem’s Cadillac Ciel concept.

There are a number of issues with this hoax, beyond the fact that Eminem does not own the Cadillac Ciel concept. Number one, the fan page is not even official. It has just 622,000 likes, compared to Eminem’s actual fan page, which has 97 million likes. This gives new meaning to “all you other Slim Shadys are just imitating,” eh? Second, as a concept car, the Ciel cannot even be used regularly on roadways. And if that weren’t enough to tip you off that the Facebook post might not actually be truthful, check out the text that appeared along with the photo to be shared:

“Only 24 Days Until Christmas, Can you Imagine yourself driving this Car? I’m about to make that happen, Its Official, I Will be giving away this 2014 Cadillac Ciel to one random lucky fan, all you gotta do is follow these three easy steps, Step 1) Share this photo, Step 2) Like my page, Slim Shady Step 3) Like this photo, Winner Will be picked On December 5th 4 Days Away, Good luck to Everyone!!”

Now, we’re willing to bet that Eminem’s writing style is not immaculate, but we can’t fathom how anyone would think that he would write something as poorly constructed (but wonderfully capitalized) as this.

Just to humor themselves, Autoblog even reached out to David Caldwell, a spokesman for Cadillac, who told them that this hoax pops up every few months, then mysteriously disappears right before the giveaway ends. How strange, right? Because this seemed so totally legit.