Way back in June, General Motors decided that it wanted to be the first to provide a mainstream long-range electric vehicle, and so fast-tracked the development of the Chevrolet Bolt EV, which is slated to reach 200 miles of range while keeping its MSRP at less than half that of certain other, less mainstream long-range EVs. In addition, GM said that it would release the Bolt in all 50 states, as opposed to the much more limited release of other electric vehicles, many of which are built only as “compliance cars,” which are only sold to meet government emissions regulations.

Then, GM surprised everyone by announcing that it would be revealing its production model Chevy Bolt at the 2016 International Consumer Electronics Show in Las Vegas this January.

So, it must be with some considerable unhappiness that GM learned that, one month before the reveal, Green Car Reports had snapped spy shots of the compact EV. 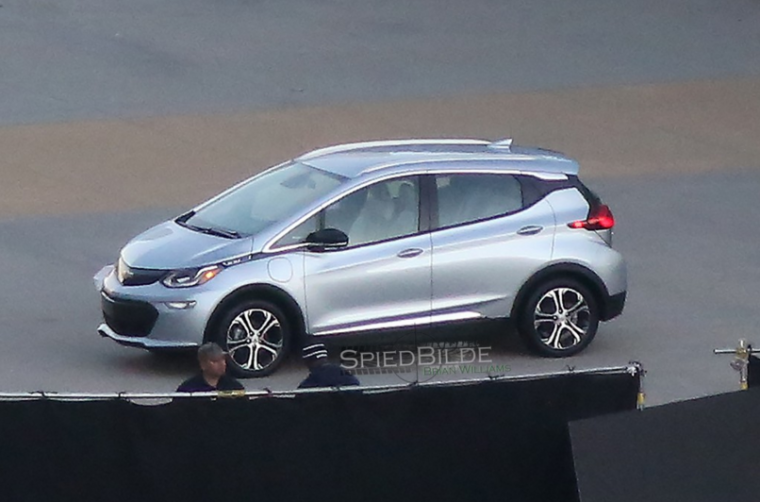 Of course, the production model is somewhat different from the Bolt concept vehicle, with a slightly longer nose, gloss-black trim along the sides and rear of the car, and a floating-canopy style on the rear pillars. In addition, the front grille is restructured, and the lines along the side and roof are sharper. The production Bolt does retain the long windshield of the concept car, but all in all, it now bears a much more striking resemblance to its close cousin, the plug-in hybrid the Volt.