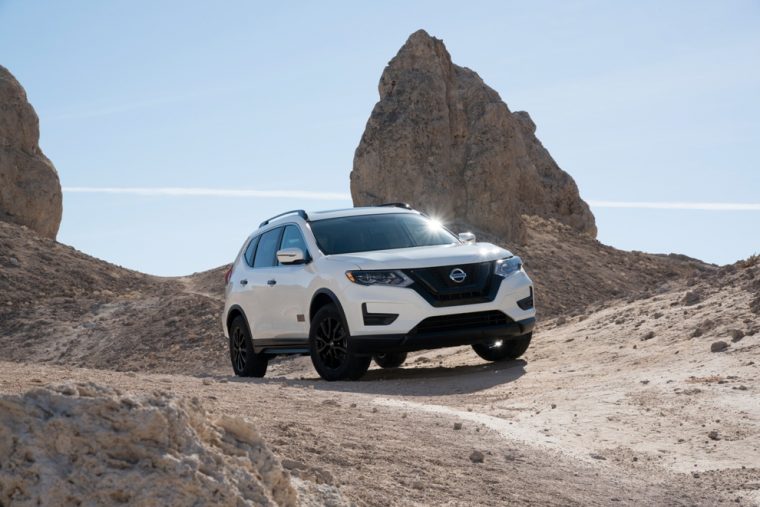 The Nissan Rogue has been gaining a lot of popularity in recent months, partially thanks to the special edition of the crossover released to celebrate the latest addition to the Star Wars science fiction franchise, Rogue One.  In fact, according to The Car Connection, the Nissan Rogue is now actually the fourth bestselling vehicle in America, behind the three pickup trucks from the Big Three that always dominate the top of the list. To further showcase its new star and its Hollywood connections, Nissan brought a Star Wars-themed display to the New York International Auto Show.

The use of a Star Wars display is hardly surprising, considering that Nissan brought similar setups to the Detroit and Chicago Auto Shows. From April 14th to 23rd, the Nissan corner of the Javits Center was transformed into a patch of a galaxy far, far away with Star Wars vehicles and special experiences for guests.

“After hosting an extremely successful ‘Rogue One: A Star Wars Story’ consumer experience at previous auto shows, we felt it absolutely necessary to host an encore experience in New York,” said Jeremy Tucker, vice president, Marketing Communications & Media, Nissan North America, Inc. “In response to our alliance with Lucasflim, we’ve seen a drastic increase in awareness and sales of the 2017 Nissan Rogue. The excitement displayed by consumers visiting these Star Wars-inspired experiences motivates us and drives the Nissan brand forward.”

The Nissan Rogue: Rogue One Star Wars Limited Edition vehicle was the show floor and it was accompanied by a 2017 Nissan Rogue transformed into an X-wing fighter and another painted to look like a Rebel pilot’s uniform. A large Death Star hung over the assembled vehicles to intimidate all enemies of the Empire.

Brand new to the New York International Auto Show was a 360 Virtual Reality experience called “Battle Test: A Nissan 360-Degree Virtual Reality Experience.” Visitors experienced a Star Wars-style battle from the inside of a Nissan Rogue, which utilized Nissan Intelligent Safety Shield® Technologies to keep riders safe, just as they do in real life.

If Nissan is this committed to its relationship with Lucasfilm, perhaps there will be another Star Wars vehicle from the automaker leading up to the release of the latest film in the franchise this winter. We’ll be keeping our fingers crossed.