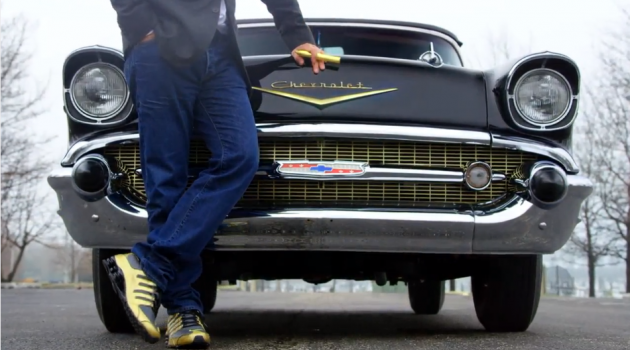 In the latest installment of Comedians in Cars Getting Coffee, Jerry Seinfeld pulls out all of the stops for his guest Steve Harvey, showing up in a classic 1957 Chevy Bel Air convertible. You can watch the whole thing here.

Jerry had the good sense to choose the V8 model, which means it’s equipped with a 283 cubic inch, 270 horsepower motor; along with two four-barrel Rochesters, batwing air cleaners, a Positraction limited-slip, and dual exhausts (and a lot of awesome gold accents, too).

Harvey and Seinfeld’s conversation begins with the somewhat surprising revelation that Jerry Seinfeld never met a black person until he went to college (well, given the diversity on display on Seinfeld, maybe that’s not so surprising after all). 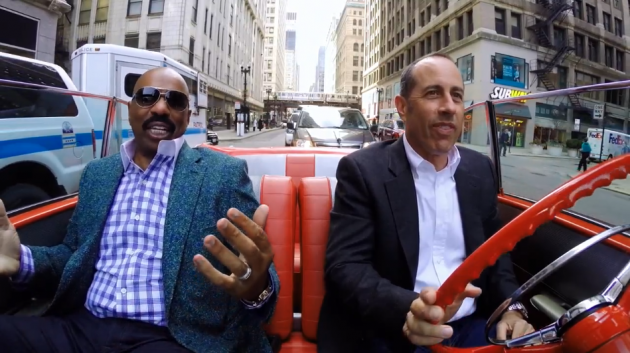 They then discuss the effects of political correctness on comedy (SPOILER: they’re not happy about it), while enjoying some coffee and deli sandwiches at the famous Chicago institution Manny’s Cafeteria and Delicatessen.

Jerry and Steve then pamper themselves in a cigar bar, where they talk about the Apollo’s infamously hard-to-please crowd.

Perhaps the greatest part of this whole video, though, is the vintage John Travolta motorcycle ad it opens with.