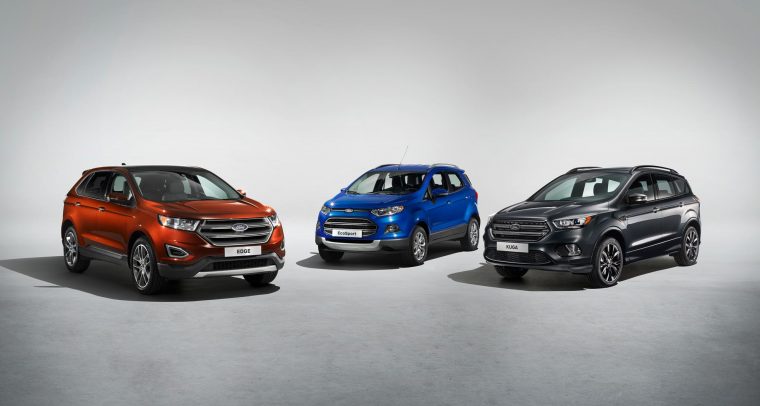 Ford prides itself on having its finger firmly on the pulse of what’s hep and happening with kids today. Ford knows that Millennials love being socially-conscious, love to share and borrow whether it be ride-sharing or renting, fancy streaming digital media, and love doing what they can to reduce their impact on the environment.

Ford also finds that Millennials are increasingly likely to purchase SUVs—one in four Millennials shopping for new vehicles say that there is an SUV on their list, according to a Ford-sponsored survey of 5,000 people aged 17-34 in Europe.

And while the reputation of the SUV as a gas-guzzling land beast might seem to run counter to the idea of the eco-conscientious Millennial, the same study also reveals that 80% of Millennials believe that SUVs have become more fuel-efficient and environmentally-friendly in the past five years, ostensibly taking some of the guilt out of purchasing an SUV.

“SUV sales are rising faster than any other type of vehicle in Europe, and eco-conscious Millennials are a driving force behind growing SUV demand. Last year, Ford’s SUV sales outpaced even this rapid industry growth,” said Roelant de Waard, vice president, Marketing, Sales, and Service, Ford of Europe. “Customers are discovering the fuel-efficiency offered by advanced engines like our new 120 horsepower 1.5-literTDCi diesel that meets the latest Euro Stage 6 emissions requirements and delivers 115 g/km CO2 in the new Kuga, and the multi-award-winning 1.0-liter EcoBoost petrol engine in the Ford EcoSport.”

Adding to the notion of the eco-responsible SUV is Ford’s recent announcement that it will launch an electrified SUV by 2020 and is anticipated to have a range of more than 300 miles.