Study: Our Electricity Is Greener, And So Are Electric Cars

Last June, I got pretty excited over a report and map from the Union of Concerned Scientists, which had calculated, depending on region, if you were driving an electric car, the equivalent gasoline car efficiency that you would need to drive to reach the same level.

To clear that up that convoluted explanation, here’s the map. 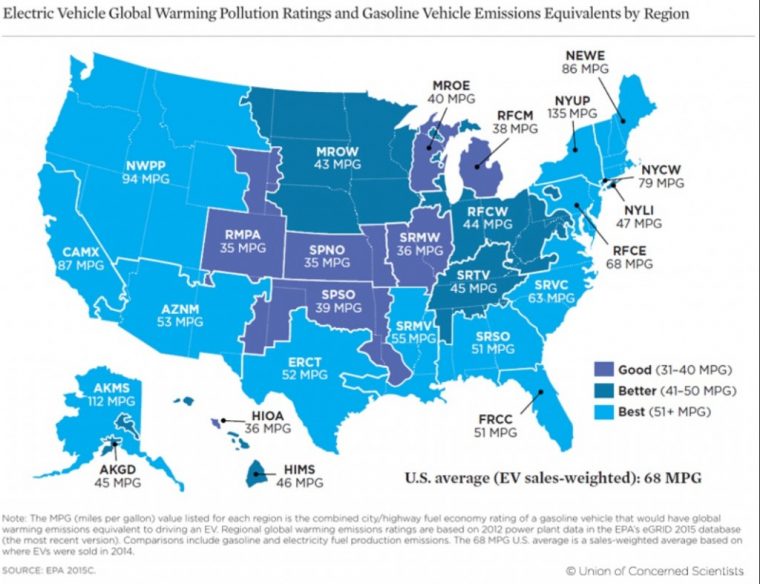 So, if you were driving an electric car around Dayton, Ohio, where The News Wheel is based, you would be producing about the same amount of emissions as a car that made 44 mpg.

Now, though, I am even more excited, because the UCS put out a renewed map, and according to the EPA, electric cars are responsible for way, way less air pollution now (or, rather, they were in 2016, which is when the data used for the map was collected). 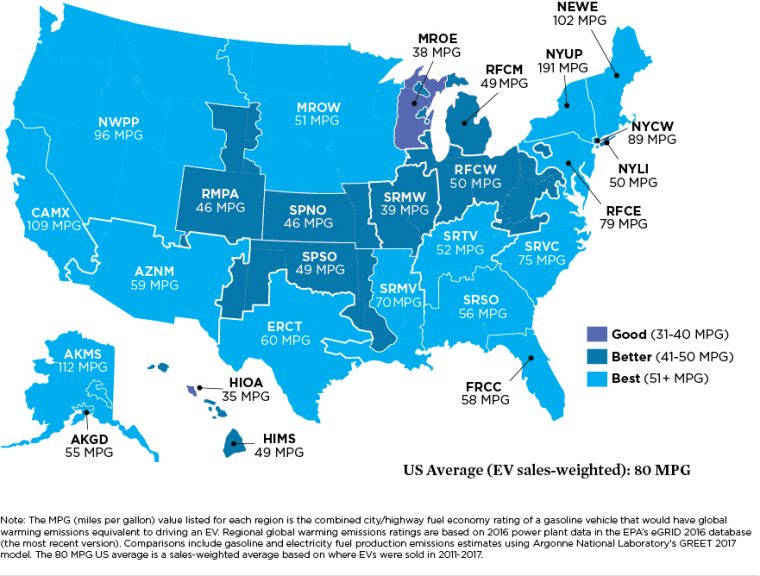 The result for the latest calculations are an almost universal improvement in the relative efficiency of electric vehicles as power grids across the country update to less polluting sources of electricity. Unfortunately, this doesn’t include the areas labeled MROE and HIOA, the former of which covers much of Eastern Wisconsin and some of Michigan’s Upper Peninsula, and the latter of which covers the Hawaiian island of Oahu.

Keeping an Eye Out: Do you know the basics of taking care of your tires?

On average, though, the US electric vehicle driver only puts out the same amount of emissions as a hypothetical gas car that makes 80 mpg, particularly called hypothetical because no gas car can make that kind of mileage. That makes 75% of US residents who live in areas where electric cars are at least as clean as a 50-mpg car.

I personally look forward to future charts showing that, as electricity generation gets greener, so does each and every electric car.