2015 Subaru WRX STI, Bucky Lasek Star in “The Ride of Her Life” Campaign

"The Ride of Her Life" plays like a grindhouse movie trailer, except with much less blood and way more donuts. 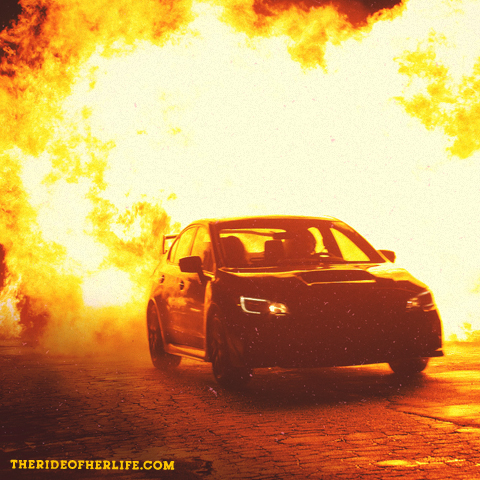 Skateboarder/rallycross driver Bucky Lasek has teamed up with Subaru for “The Ride of Her Life” ad campaign to promote the 2015 Subaru WRX STI. The commercial, which you can view below, borrows a number of notes from old grindhouse pictures and makes certain that no trope is left unturned. We’ve got a backwater sheriff looking to defend the sanctity of his burg, his beautiful daughter who secretly longs for a little bit of fun, the dangerous outsider who threatens to shake up both of their worlds, and–of course–the hot car in which he does so.

“The Ride of Her Life” drips with so many of the hallmarks astute movie buffs might expect from a Robert Rodriguez/Quentin Tarantino trailer. And while Lasek stars as the mysterious stranger who rolls into town and earns the ire of the stock sheriff character, the 2015 WRX STI is the clear star of this show. Say what you will about Bucky, but acting doesn’t necessarily seem to be his forte. The WRX STI, on the other hand, appears to take its role very seriously.

“The Ride of Her Life” Photo Gallery

The ad, which is part of a social campaign that carries over to TheRideofHerLife.com, features plenty of jaw-dropping (and in the case of a particularly unfortunate scarecrow, pants-peeing) excitement. Let’s hope this trailer gets a sequel all its own, preferably one that spends less time needlessly lingering on the sheriff’s daughter’s cleavage and more time focusing on what makes the WRX STI one of the most exciting cars for the money today.

If you were filming a modern-day grindhouse film, would you use the 2015 Subaru WRX STI as your hero car? Leave us a comment and let us know what you’d go with!

“The Ride of Her Life”