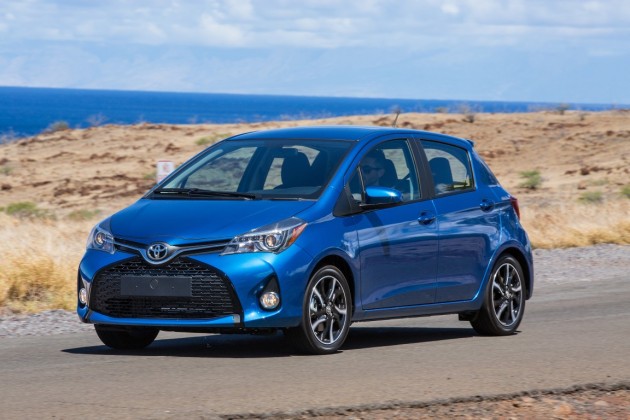 No matter how much we love driving our own cars, sometimes we crave a change. On a daily basis, I drive my Spirited Green Mazda2 proudly down the street, amidst a throng of boring colored cars. When I fancy a change, I get to drive my husband’s Tangerine Orange Pearl XV Crosstrek. Apparently we like our cars in bold hues.

When we went on a trip to Houston a couple of weeks ago, I was all set to receive a boring, white Corolla, since my past experiences with rental agencies suggested that was all I could hope for. Instead, I was greeted with an Absolutely Red (that’s the color’s actual name) 2015 Toyota Yaris. As you might imagine, I was pretty pumped.

I’m a big fan of small cars—hatchbacks in particular—and the Yaris was on my list when I was buying my Mazda (it just didn’t come in green, which was a dealbreaker). So being able to drive the Yaris for four days was a pretty sweet deal. Naturally, since I am a nerd, I made notes the entire time (not while actually driving) so that I could write this review. 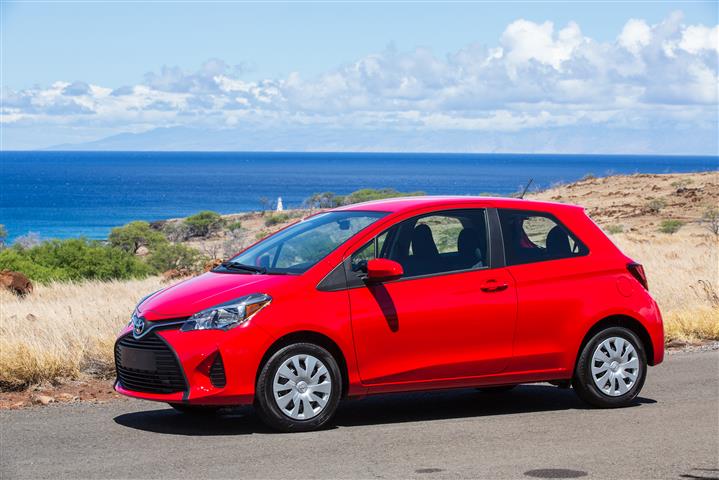 Disclaimer: this photo was not taken in Houston

As previously mentioned, the Yaris is a small car. Compared to my Mazda2, the trunk wasn’t as deep, but we were able to fit our pretty large suitcase inside once we took out the trunk cover. I would imagine that it’d be no problem to fit a week’s worth of groceries back there, or your gym bag, or a small child (although that is not recommended, ever).

Since it was just the two of us, I can’t speak for the comfort of the back seats, but there certainly appeared to be a decent amount of legroom back there for a subcompact. Up front, both the driver and passenger seats offered ample room, and plenty of back support. 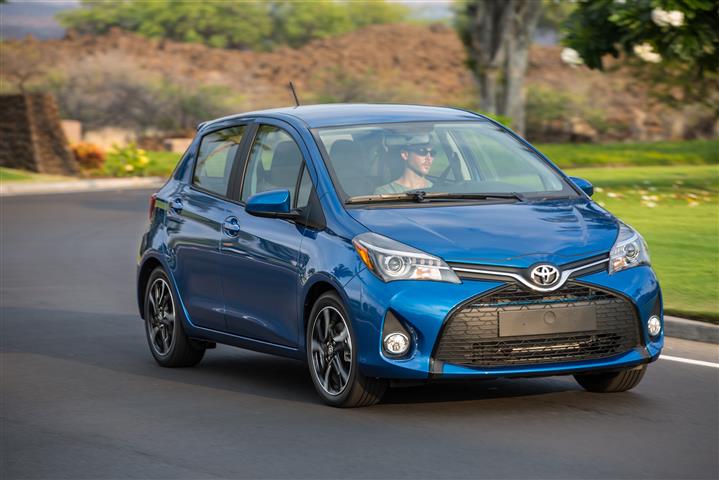 The Yaris is a zippy little car

The 2015 Yaris is rated by the EPA as getting an estimated 30 mpg in the city and 37 on the highway. We drove a good mixture of city and highway miles, and averaged 32.6 mpg, which is about right since the 2015 Yaris’ combined rating is 33 mpg. Good going, Toyota!

One of the things I love about small cars is how little it costs to fill them up, even when gas prices are high. Prices in Houston hovered around $1.75 a gallon when we were there, so we filled the Yaris from almost empty for just over $17. Score! 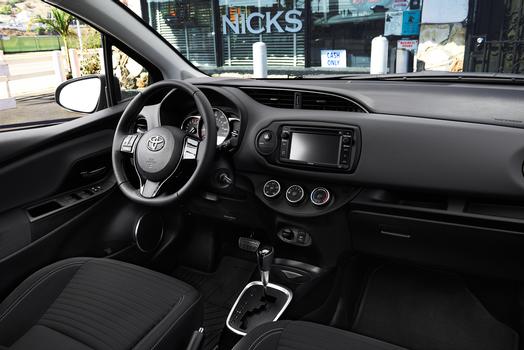 The Yaris’ cabin is uncluttered and simple to figure out

When you drive a small car, you don’t expect a huge number of amenities. The Yaris didn’t disappoint, since it didn’t even offer keyless entry. Nope, we had to manually lock the door each time we left the car, like we were from the 1997 or something. Not a huge deal, but I do find it odd that there are still cars these days without keyless entry. However, the Yaris DID have power windows, so score one there!

Despite its technological shortcomings in the locking department, the Yaris did offer plenty of other amenities, like standard Entune infotainment and extendable sun visors with vanity mirrors. The Entune system was simple to use, although we didn’t hook our phones up via Bluetooth or anything fancy like that. But the display was easy to read, and it wasn’t challenging to navigate. 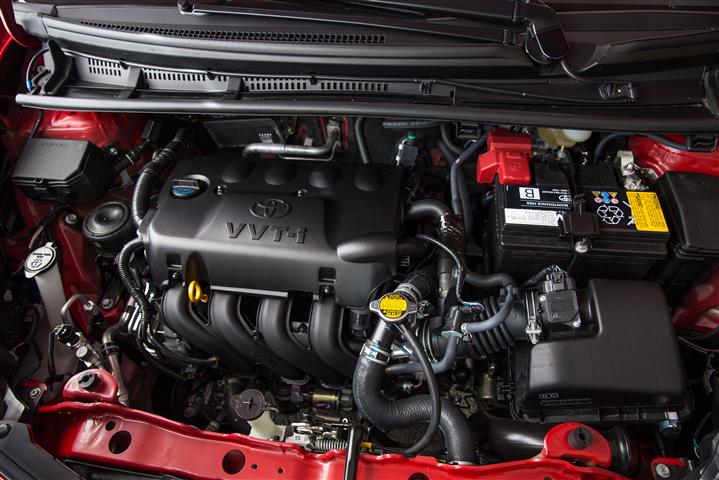 There’s a small but mighty engine under the hood

Even if the amenities are plentiful in a car, they’re pretty useless if the car itself sucks to drive. This wasn’t a problem with the Yaris, which handled well in all kinds of weather (even in the 2-4 inches of rain we got one day—thanks, Texas). The 2015 Yaris is powered by a 1.5-liter four-cylinder engine, which is good for 106 horsepower and 103 lb-ft of torque. While those numbers seem fairly low, the Yaris is nimble and light enough that it actually has really good pickup when it counts, like when you’re trying to merge onto a roadful of giant pickup trucks with various “I Love Texas” stickers adorning the bumpers.

Acceleration was smooth, and the Yaris shifted with ease thanks to its four-speed electronically controlled auto transmission. You can also get the 2015 Yaris with a five-speed manual transmission, but you’d be hard-pressed to find something like that at a car rental agency. 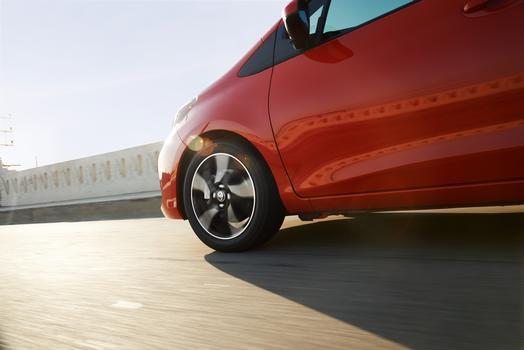 All in all, I was a pretty big fan of the 2015 Yaris. The interior felt modern and inviting, and it was easy to drive. There was no challenge in trying to figure out which button did what, thanks to its uncluttered dash. I was literally able to get behind the wheel and drive immediately without having to orient myself to the cabin, which was a plus.

Even the Yaris’ single front wiper didn’t faze me. It cleaned the multiple inches of rain off the windshield with no problems. Sure, it was quirky, but it worked, which is all that matters, at the end of the day.

If I were in the market for a subcompact hatchback, I’d definitely give some serious consideration to the Yaris. It’s fun to drive, affordable, and comes with a surprising amount of interior space. Definitely one to keep on the list.