Why “Supernatural’s” 1967 Impala SS is More Character Than Car 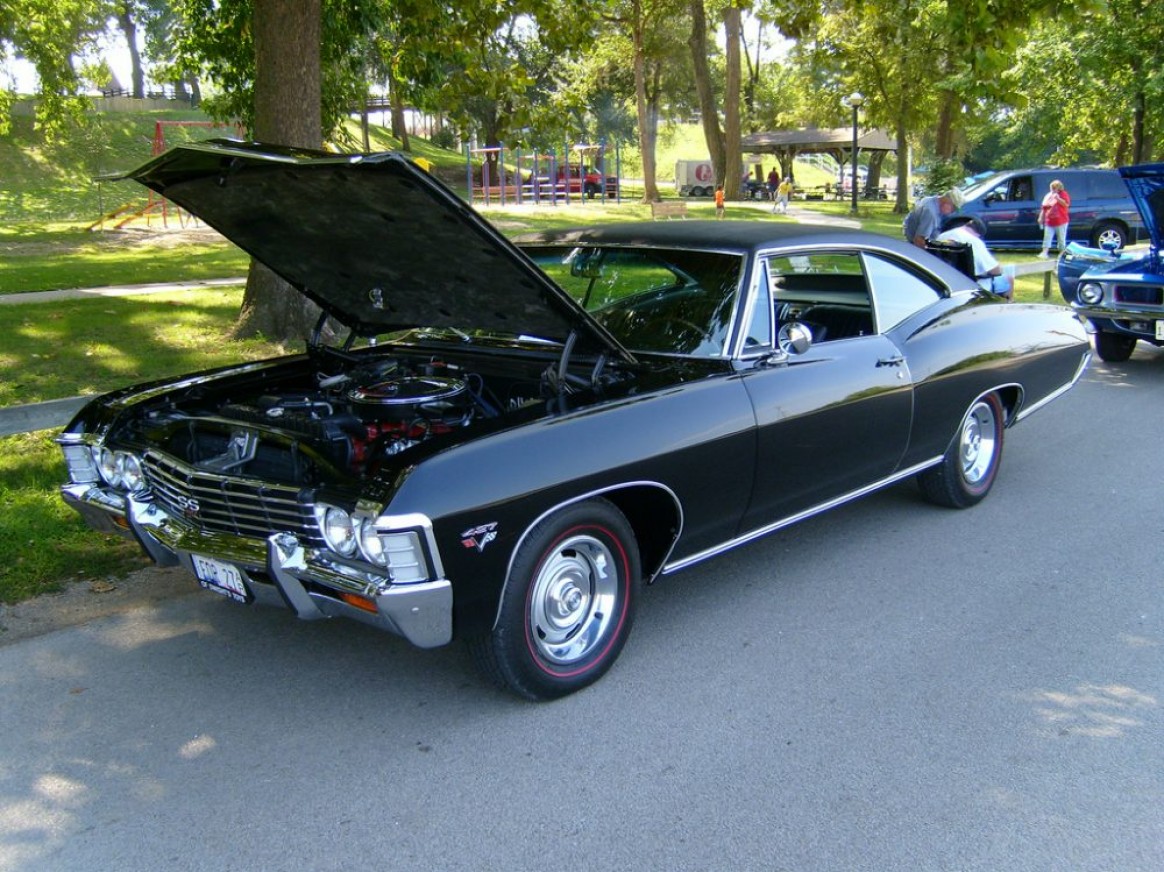 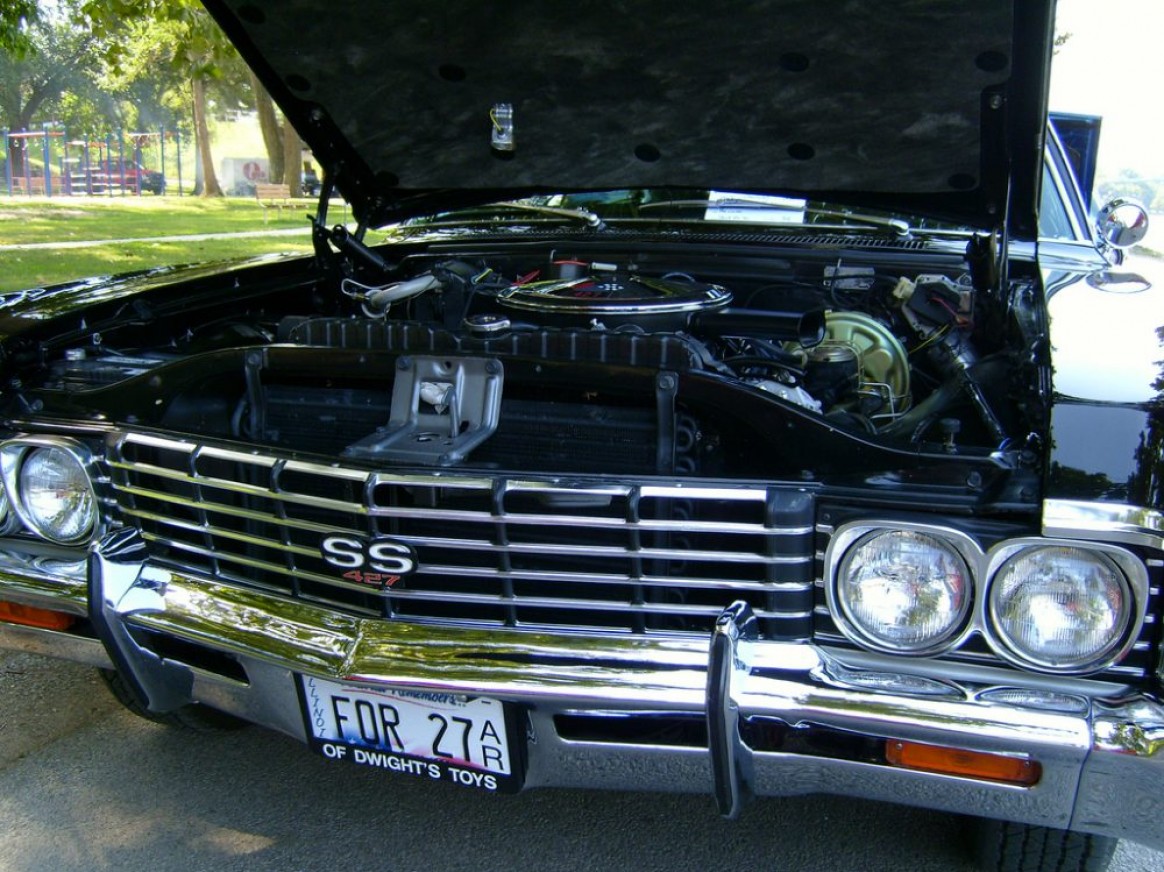 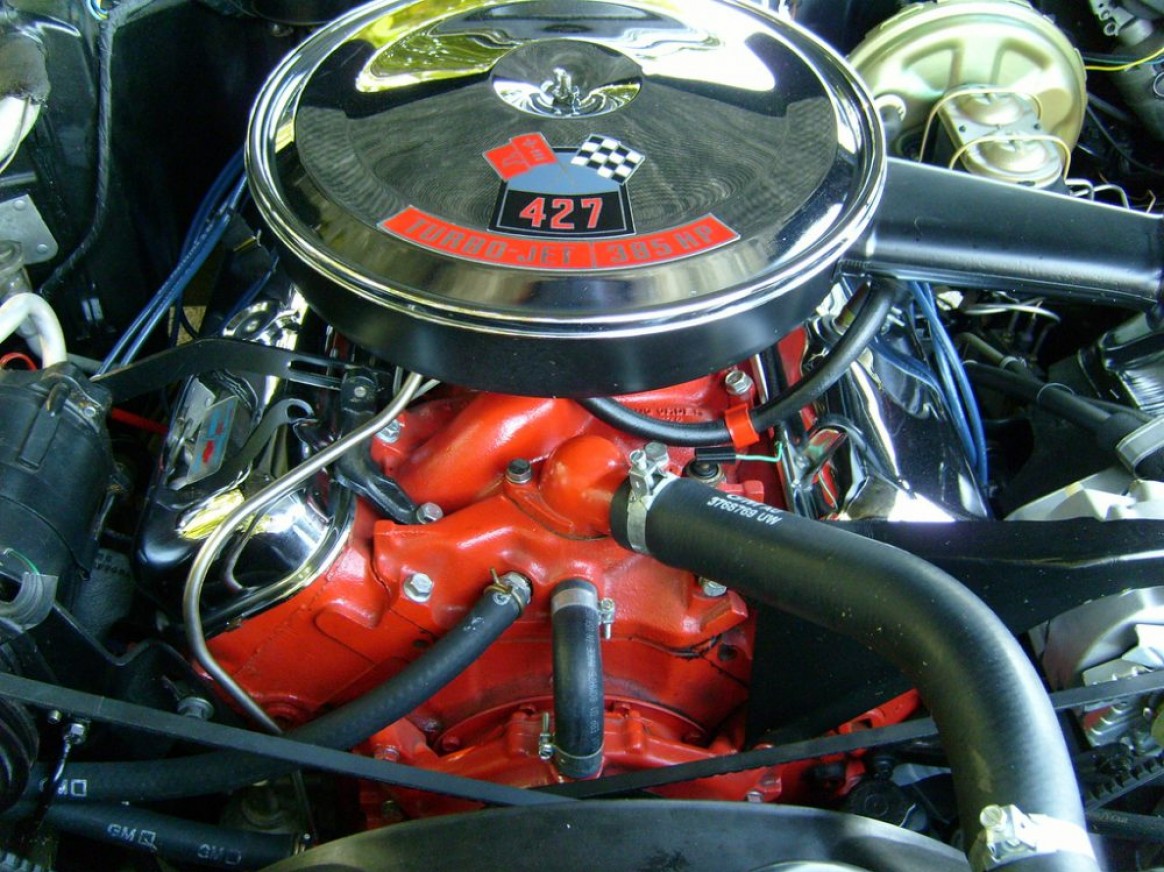 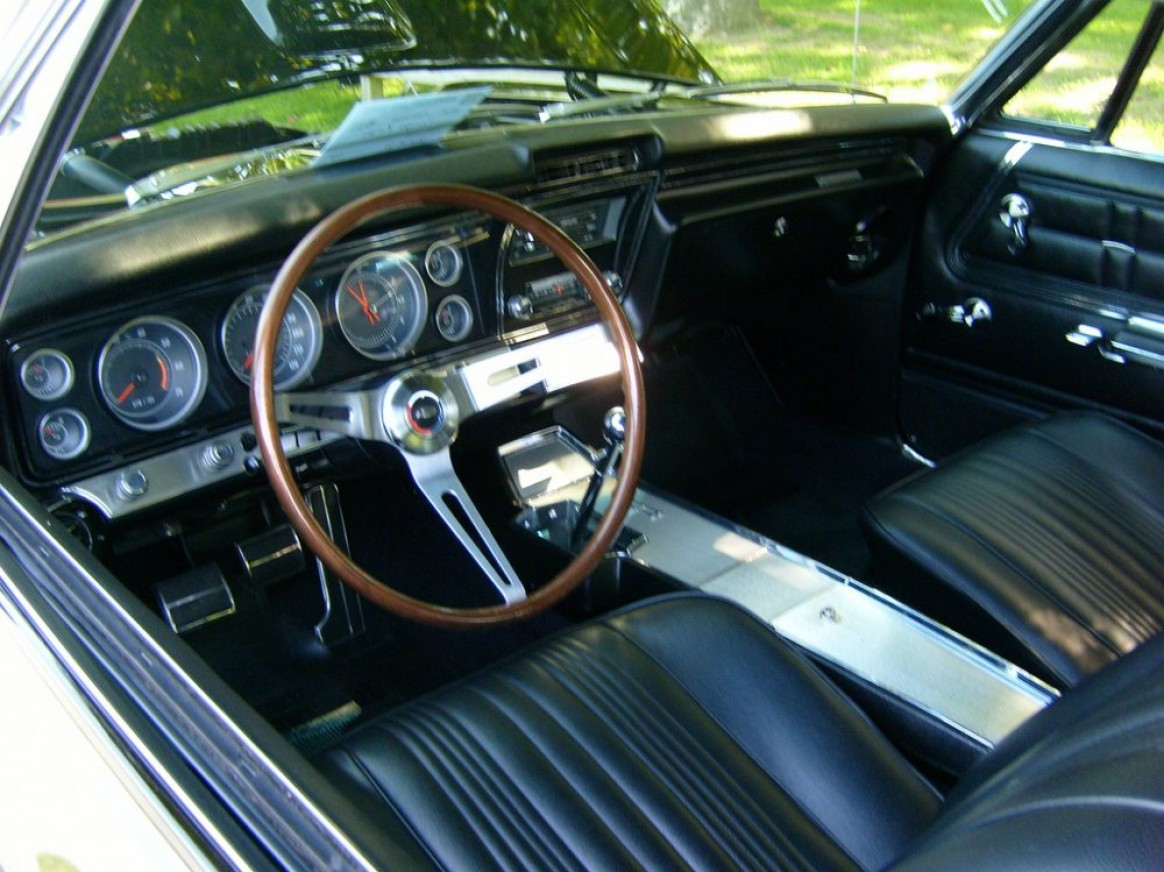 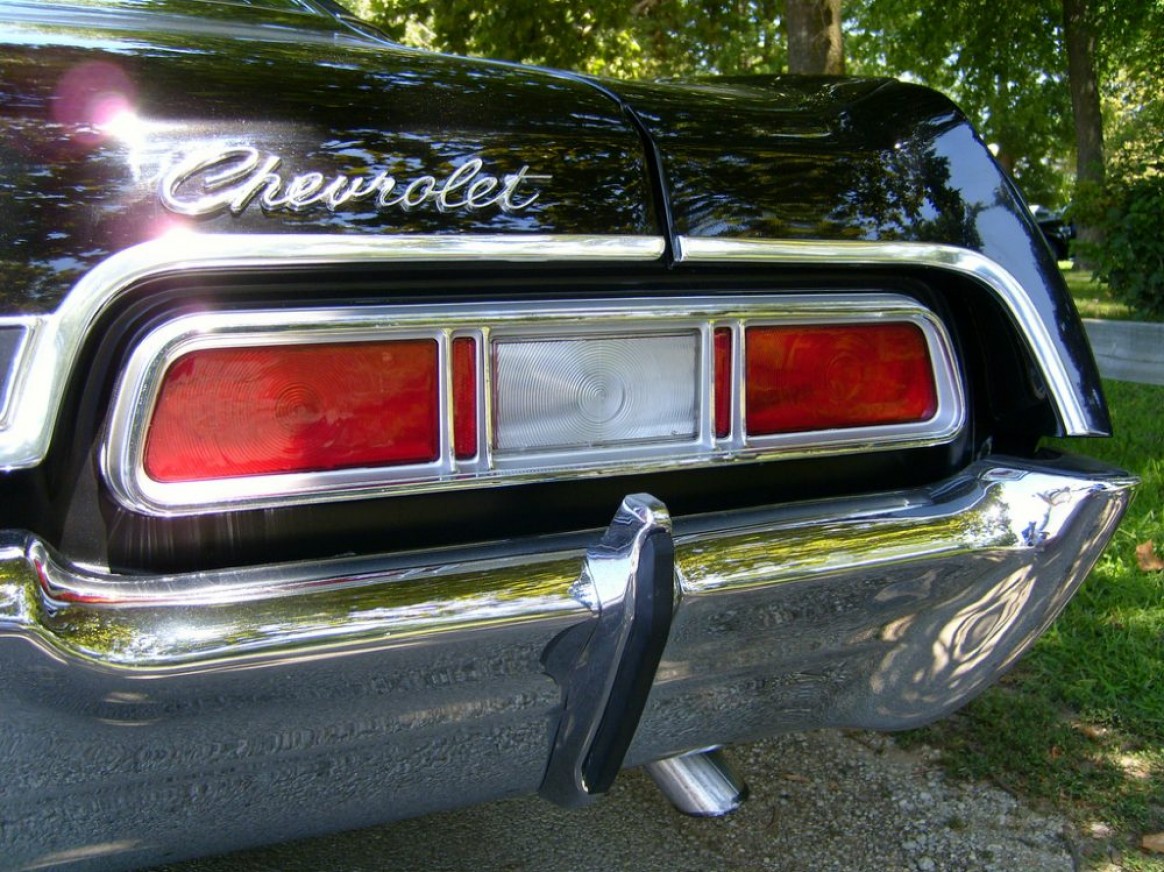 For eight (soon to be nine) seasons, the CW’s Supernatural has filled some of that aching void left by the absences of Buffy the Vampire Slayer and Angel and become a superlative fan favorite.  To almost a tee, it follows the precedent set by Joss Whedon’s Buffyverse: follow the CW née WB/UPN model of beautiful twenty-something actors and actresses plowing through weekly family and personal drama while undertaking the considerable responsibilities of fighting the dark forces of evil.  It’s a show that revels in its ability to attract audiences from all demographics.  It even has a secret weapon that gives it some standing among autophiles: the hero car, a beautiful black 1967 Impala SS.

Supernatural creator Eric Kripke has said that he had always envisioned the duo of Sam and Dean behind the wheel of a muscle car, as he had grown up as a fan of shows like Knight Rider and Magnum P.I. that featured powerful cars.  His original choice had been a 1965 Ford Mustang until a fateful conversation convinced him otherwise: “My neighbor said it has to be a ’67 Impala, because you can put a body in the trunk.  He says, ‘You want a car that, when people stop next to it at the lights, they lock their doors.’”

The model used in the show is a stock ’67 4-door hardtop model of Chevrolet’s prestige car, which was first launched in 1958. There are several models used on set, including some that work, some that are strictly used for stunts, and some that are gutted for interior shots.  All models (that work, anyway) are powered by small-block 350 Chevy engines.  The Impalas are overseen by coordinator Jeff Budnick and wrangled and maintained by John Lange.

The primary source of transportation for brothers Sam (Jared Padalecki) and Dean (Jensen Ackles), the Impala was passed down to them by their father, John (Jeffrey Dean Morgan), and has been their most faithful and longest-tenured companion.  The boys’ companions have a pretty nasty habit of dying off, and the Impala (or, as many Supernatural fans have taken to calling it, Metallicar) has benefitted by being one of the deeper and more integral characters to the show.

Kripke had only intended for the show to run five seasons (though its popularity has carried it into a ninth, which is scheduled to kick off this October on the CW), and true to his initial

conception, the Impala was a key component to his intended finale.

In the final episode of season five, entitled “Swan Song,” novelist-cum-prophet (and yeah, he may have also been God) Chuck tells the story of the Impala:

“On April 21st 1967, the 100 millionth GM vehicle rolled off the line at the plant in Janesville: a blue two-door Caprice.  There was a big ceremony, speeches.  The lieutenant governor even showed up.  Three days later another car rolled off that same line. No one gave two craps about her, but they should’ve. Because this 1967 Chevrolet Impala would turn out to be the most important car… no, the most important object in pretty much the whole universe.”

Chuck goes on to reference the things that personify the car as belonging to the monster hunting Winchester brothers: Legos jammed into the front vents and an Army man crammed into the backseat ashtray, the “blemishes that make her beautiful.”

At this point in the story, Sam and Dean have found out that they are the vessels for Lucifer and the archangel Michael, respectively.  Their destinies, it would seem, are to fight one another and, in so doing, bring about the apocalypse.

A season’s worth of twists and turns leads to Sam accepting his fate in an effort to trap Lucifer in a cage.  When his attempt fails and Sam/Lucifer goes to meet Michael (who is using long-lost Winchester brother Adam as a vessel ) at Stull Cemetery for the final showdown, Dean resolves to win his brother back however he can.

Sam/Lucifer flies into a rage and mercilessly beats Dean until he catches the sight of the little Army man he once shoved in the Impala’s ashtray.  Through a flood memories shared between Sam, Dean, and the Impala, Sam suppresses Lucifer long enough to sacrifice himself into the cage and prevent the looming apocalypse.

So, ostensibly, the boys would not have been able to save the world had it not been for the 1967 Chevy Impala SS.  The prophet Chuck’s words ring true: Sam and Dean’s Impala becomes the most important object in the universe.  Were it not for a forty year old muscle car, the world as we know it would have ended.

Because of this superlative finale, Supernatural’s ’67 Impala manages to rank among television’s greatest cars.  Not simply for its power or its beauty, but because it is as important a character to the overarching narrative as any other in the series—including favorites like Bobby and Castiel.

And while the three seasons of Supernatural since that emotional final episode have been welcome (if uneven) additions to the program’s lore, that final episode of season five may have been as just and appropriate an sendoff as a show could ever hope for.

Perhaps it is appropriate that Kripke’s choice of Impala was inspired by Knight Rider’s talking car: Supernatural’s third most important character says more than K.I.T.T. ever could without speaking so much as a word.

Well, except for that one time where Sam was fused with the Impala in a Knight Rider homage.  I believe fans took to calling that one the Sampala.  But that’s another story entirely.

Kyle S. Johnson lives in Cincinnati, a city known by many as "the Cincinnati of Southwest Ohio." He enjoys professional wrestling, Halloween, and also other things. He has been writing for a while, and he plans to continue to write well into the future. See more articles by Kyle.