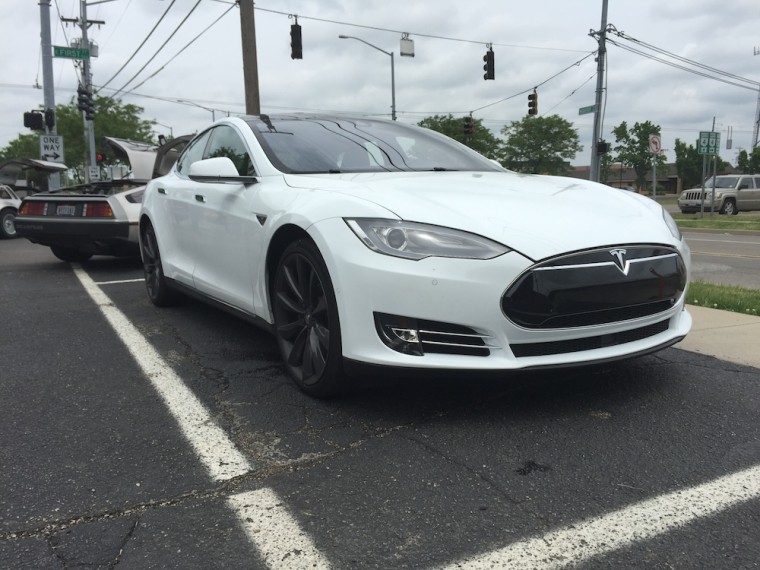 Of course, the unanswered question in this is, “why the heck would an Uber driver be driving around a $100,000 car?”

This Model S, like the rest of its all-electric brethren, received Tesla’s recent Autopilot software release, giving the car impressive autonomous driving abilities using an array of cameras and sensors. That is what saved him from a car crash on a dark, rainy Seattle night.

Oh, Crap: What do you do if your brakes suddenly fail?

The video is dashcam footage from Hall’s car. A car waiting to turn left suddenly lurches into traffic in front of the Model S. The car sees this, and stomps on the brakes, avoiding a collision. According to Hall, this neat save happened while he was travelling a little under 45 mph, and occurred without him touching the brake at all.

He wrote that the “car did all the work.”

This is not just a victory for Hall and Tesla, though, as this exact situation is basically what autonomous driving proponents like Volvo (not to mention Google’s entire car program), as well as automakers producing automatic braking systems, have been predicting for years.

Winter Is Coming: Make it easier to defrost your windows, using science

In this instance, of course, we may not know if Hall would have crashed if he had been in direct control, but we do know that Tesla’s Autopilot definitely did. Good work, Tesla.