The Bolt Has Struck

We were watching for it, and it has finally arrived: at the Consumer Electronics Show in Las Vegas, Chevrolet has finally revealed the production-model Chevrolet Bolt. 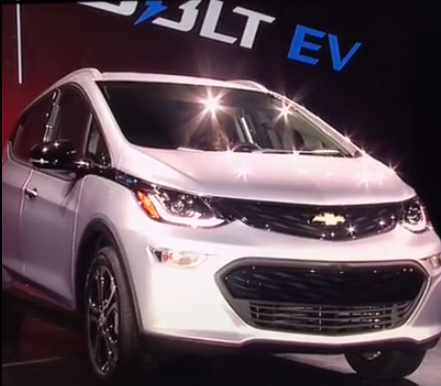 GM President and CEO Mary Barra presented the new vehicle, and told us several tantalizing details, some of which we had already heard. 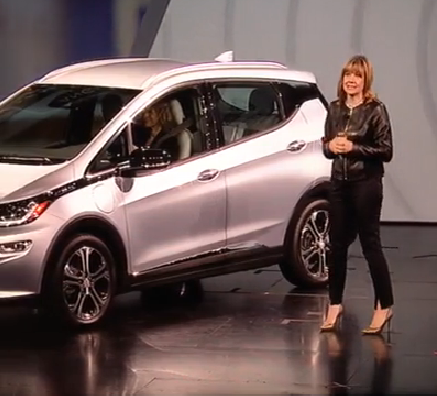 First, the Bolt would keep the promised 200-mile range and $30,000 price tag, to be released at Chevy dealers across the nation. The battery, Barra said, is incorporated into the chassis, allowing for a completely flat floor (slight nod to the Volt’s T-shaped battery pack that somewhat disrupts rear seating) and maximizing interior space—almost 17 feet of cargo space behind the rear seats. Speaking of the battery, Barra said that the Bolt, using the DC fast-charging system, would charge from empty to 80% in about 1 hour, and to full charge overnight using the 240V charging system. 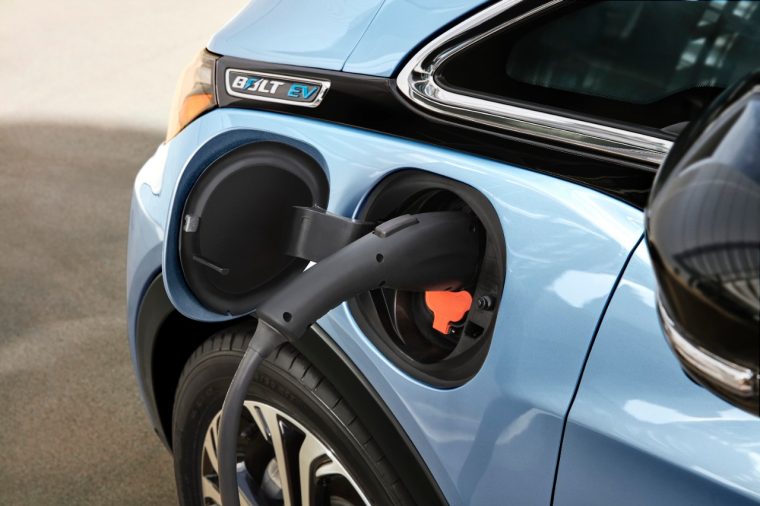 In addition, Barra emphasized Chevrolet’s use of connectivity with the Bolt—the Bolt is promised to feature an EV-specific Navigation system, Bluetooth low-energy connectivity for your phone as well as a new MyChevrolet mobile app, which will give owner information and functions like charging status, remote starting, cabin pre-conditioning, owner’s manual, etc. Inside the car, the Bolt will have a 10.2-inch touchscreen display to use the car’s widget-based systems, Android Auto and Apple CarPlay, and the same streaming rear-camera rear-view mirror that Cadillac won an award for a while back. 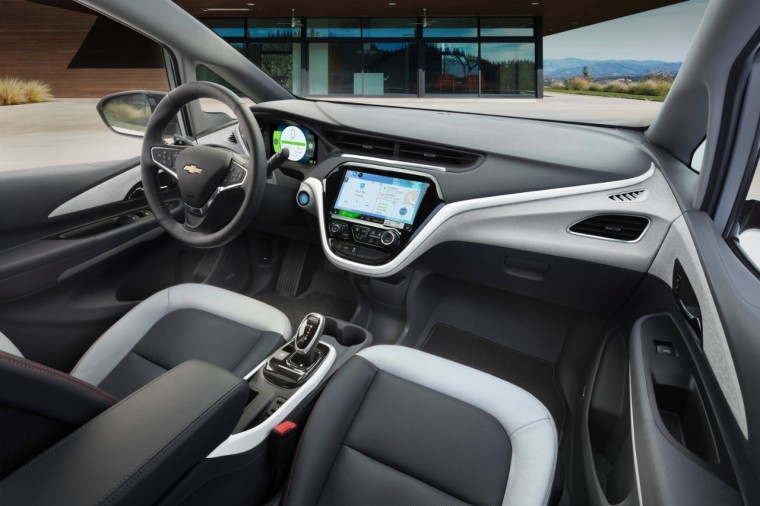 Then, there is also something that Barra called “gamification.” Basically, this means that Bolt owners will be able to compete with one another by comparing their driving styles and statistics to see who drives the most efficiently.

Sadly, we didn’t get any more details than that, except for a promise that the Bolt would be coming out sometime this year, so we don’t know anything about the Bolt’s technical specifications, which will presumably come out closer to the EV’s actual release. From what we’ve seen though, the Bolt is looking to be just as cool as we had hoped. Here’s hoping it can be the hero that electric vehicles have been crying out for.