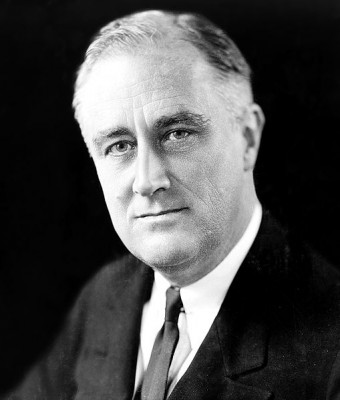 FDR was the president with the coolest set of wheels.

Okaay, maybe that wasn’t the best choice of words. Better rephrase that.

President Roosevelt possessed some of the classiest rides to ever grace the White House garage. He also knew how to use those automobiles to secure his safety and his popularity in national polls. How else did he go on to serve four terms?

FDR suffered a severe polio attack in 1921 that left him unable to use his legs. Many people thought that this would also leave him unable to drive. Roosevelt, a remarkable and resourceful individual, proved them wrong. Using an intricate system of hand controls, FDR was able to pilot his automobiles. He enjoyed driving, one of the few tasks he could accomplish independently, as he found it relaxing. He often took his beloved dog Fala on rides in his Ford Phaeton. 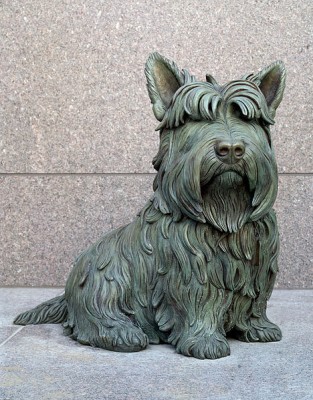 One of the more interesting automobile stories of Roosevelt’s presidency might not be true at all. Shortly after the bombing of Pearl Harbor, FDR was supposed to give his declaration of war speech. However, Secret Service was worried about a possible assassination attempt on the president. They needed a bulletproof car for FDR. But where to find one?

According to the memoirs of Michael F. Reilly, one of FDR’s Secret Service men, they found the vehicle they needed in the form of Al Calpone’s impounded 1928 Cadillac. If the legend is to be believed, FDR safely traveled to announce America’s entrance into the world’s most infamous war in a gangster’s getaway vehicle. I guess that’s the Chicago way.

However, there are reports that suggest Al Capone’s Cadillac wasn’t even in the country at the time, but rather in England. Whether the story is true or not, one thing for certain was that the president needed a bulletproof car. He soon got one in the form of a 1939 Packard 12. 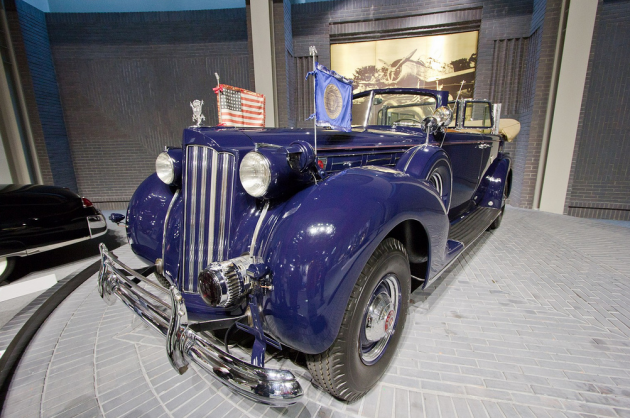 The car was retrofitted to be the first presidential armored car. It possessed specialized bulletproof glass to protect the president from any would-be assassins. Its dexterity wasn’t the only thing special about the vehicle. The Packard 12 possessed a twelve-cylinder engine that made the ride exceptionally smooth and relaxing.

The first presidential vehicle to be designed and built as an armored vehicle also belonged to Roosevelt. This specially designed vehicle was named the Sunshine Special. A customized Lincoln K-Series, the Sunshine Special possessed oversized rear-hinged doors, armored plates, special handles for Secret Service agents, and bulletproof glass. The Lincoln was designed not only with FDR’s safety in mind, but convenience and comfort as well. It was specially built to allow Roosevelt to easily enter and exit the vehicle. 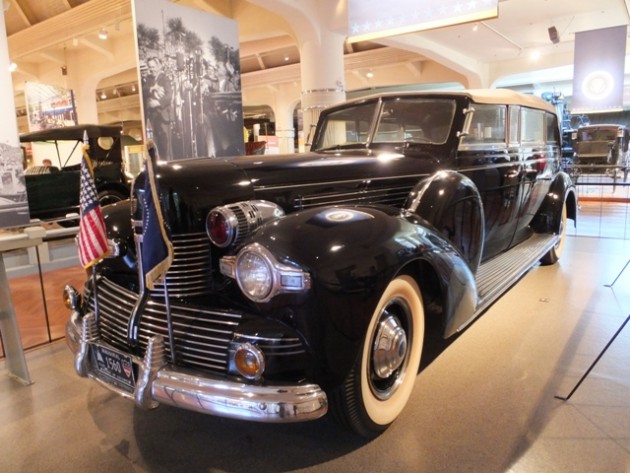 The armored car with the cutest sounding name ever
Photo: Aidan Wakely-Mulroney

The armored car earned its Sunshine Special nickname because the top was almost always open. In fact, FDR insisted on traveling around in convertibles. It allowed for him to interact with people as he drove by, a product of his personable nature.

The Sunshine Special currently resides in the Henry Ford Museum in Michigan, while the Packard resides in the Toyota Automobile Museum in Japan, the country America went to war against in WWII. How much more ironic can you get than that?

Next time on “The West Wing Wheels” learn how Truman, the next in line, got one of the first new vehicles off of the assembly line after WWII. Or for WWI info, read about President Wilson’s welcome back gift, the Pierce Arrow.