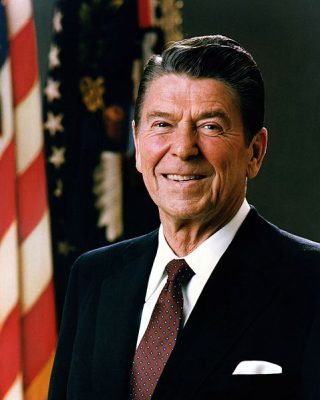 Scores of Republicans consider Ronald Reagan, the Great Communicator, to be our greatest president, thanks in part to his innovative policies. However, much like Optimus Prime, another hero worshiped by people during the 1980s, there is more to Reagan than meets the eye, especially when it comes to automobiles. You see, conservative leader Ronald Reagan not only helped pave the way to the modern electric car, but he also secretly test drove a Japanese vehicle. 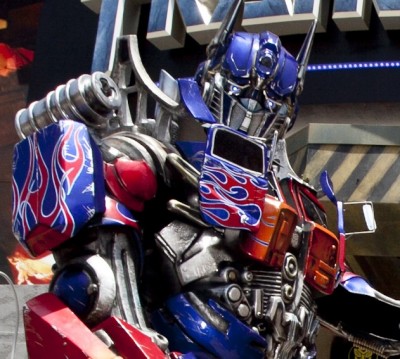 Reaganomics is the right of all sentient beings

When Reagan left his position as California governor to run for president, he did so at a time when Japanese vehicles were unpopular. As in “damage your political career if you were seen in one” levels of unpopular! There was a huge backlash against Japanese automakers in the United States. 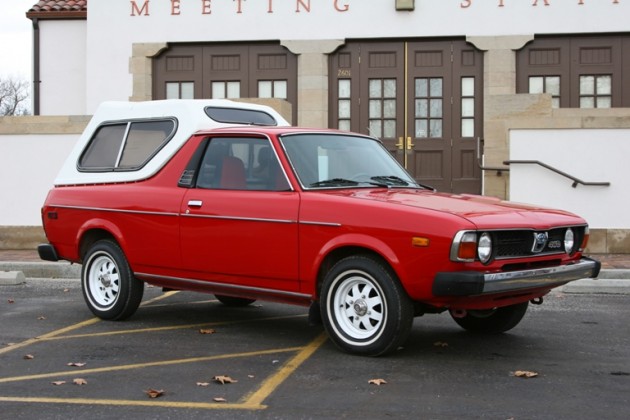 And you thought Clinton’s affair with Monica Lewinsky was scandalous
Photo: Nicholas D

That didn’t stop the Subaru BRAT from catching the eye of the presidential hopeful. The Subaru BRAT was a four-wheel coupe utility vehicle. Adapted from the Subaru station wagon, the BRAT was a hybrid of a car and a pickup. The quirky vehicle had some great kick to it, an aspect that was attractive to ranch-owner Reagan.

Richard V. Allen, who would later serve as National Security Adviser when Reagan eventually became president, arranged for a BRAT to be given to the Gipper. At the time, Subaru was testing the endurance of the BRAT. Allen got into contact with the company and said that his friend Reagan owned a ranch, and that Subaru could see how long the vehicle worked for him.

With that, Reagan obtained his own fire-engine red Subaru BRAT. There was, however, one condition. Reagan needed to issue a report on its performance every six months, making the future president a test driver of sorts.

Even though he owned the BRAT, Reagan couldn’t exactly parade it around due to the unpopularity of an American politician driving a Japanese car. The vehicle stayed on his ranch, the Rancho del Cielo, and out of the limelight. Even after Reagan took office, his ranch caretaker Lee Clearwater used the Subaru BRAT for ranch work. The BRAT still resides on the ranch to this day. 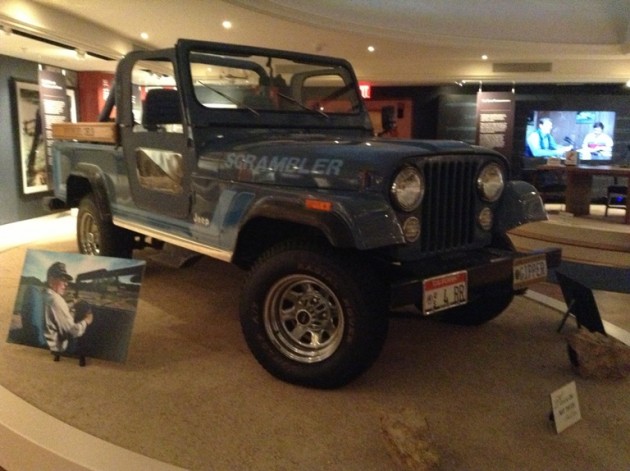 There is nothing more American than a Ronald Reagan Jeep
Photo: teadrinker

When choosing a ride in which the president could be seen in public, a more American vehicle was the answer. How much more American can you get than an Army Jeep?

Reagan’s beloved wife Nancy gave him the Jeep in the late 1970s. The 1952 Army Jeep was a surplus vehicle from the US Army. The Gipper used the Jeep as another work vehicle for his ranch.

From secretly-driven Japanese cars to retired US Army vehicles, Ronald Reagan may have had one of the most diverse collections of automobiles of any president. However, I still think it would have been cooler if he had actually ridden around on a velociraptor. 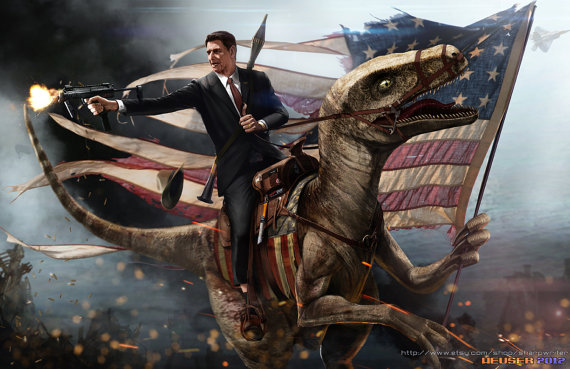 We’re in the home stretch now, people! There are only two more installments of “The West Wing Wheels”. In the next article, we take a smooth ride with President Bill Clinton. If that doesn’t match your speed, perhaps a more hectic ride with Richard Nixon will do.