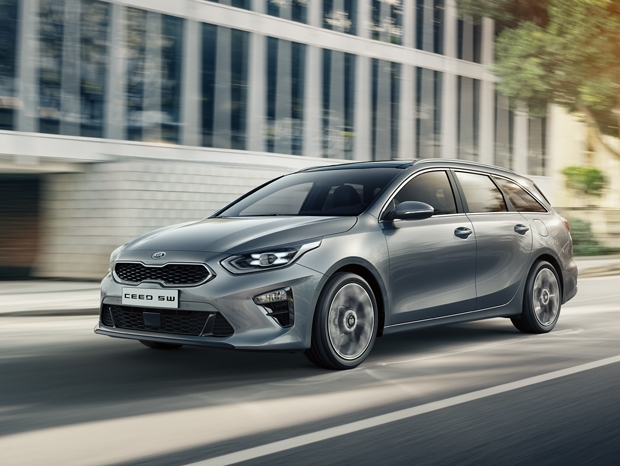 Equipped with more cargo and interior space, the new Kia Ceed Sportswagon, which was revealed to the world at the Geneva International Motor Show earlier this month, marks the third-generation of the popular model.

The new Kia Ceed Sportswagon, “a C-segment tourer designed to meet the needs of European motorists exclusively,” is manufactured at the automaker’s plant in Slovakia. According to Kia, since the 2007, approximately 512,000 Ceed Sportswagons have been created.

“Historically, Sportswagon models have accounted for around 40 percent of all Ceed sales — compared to around 30 percent for other C-segment vehicles with tourer variants,” reports Kia.

Production of the Kia’s new Ceed Sportswagon will begin in August and be available for purchase across Europe only during the last quarter of 2018.

“The new Ceed Sportswagon features the same contemporary design and technologies as the Ceed five-door hatchback, but with even greater cargo capacity — it actually offers more storage space than many D-segment tourers. With its efficient new engines, European-tuned ride and handling, and unrivalled quality, the Ceed Sportswagon is a compelling choice in a highly competitive segment,” said Michael Cole, Chief Operating Officer for Kia Motors Europe.

The Ceed Sportswagon features an athletic exterior with its “cab-rearward silhouette,” and Kia’s signature “tiger-nose” grille is wider and accented by a linear shapes and a lower intake.

The dashboard boasts a horizontal configuration while the “floating” touchscreen infotainment system complements the driver-centric and angled centre console. A leather-wrapped gear stick and steering wheel and panoramic sunroof are available features in the new Ceed Sportswagon.

“The split-fold rear seats are fitted in a 40:20:40 configuration and can be folded remotely with a single touch from a lever just inside the tailgate. With the seats folded, the boot floor is completely flat,” reports Kia. “Every Ceed Sportswagon features an underfloor box to secure or hide smaller items, as well as a tonneau cover and a bag hook to prevent groceries and other items rolling around the load bay. Outside the car, integrated roof rails are also fitted as standard.”