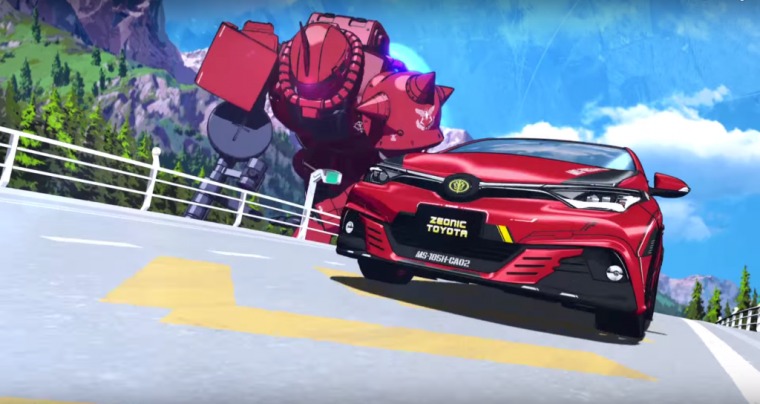 The relationships between automotive marketing and pop culture lend themselves to a lot of possibilities for crossover promotions. From celebrity endorsements by the likes of Godzilla to animated promotions borrowing from childhood nostalgia, entertainment makes car commercials far more bearable.

A stellar example is the Gundam tie-in that Toyota did a couple years ago. Establishing an extension called Zeonic Toyota (named after the fictitious mobile suit company), the automaker aimed to produce special edition models paying homage to the Gundam franchise. Not only did it involve the release of cool special edition Toyotas, it also resulted in some excitingly geeky commercials. 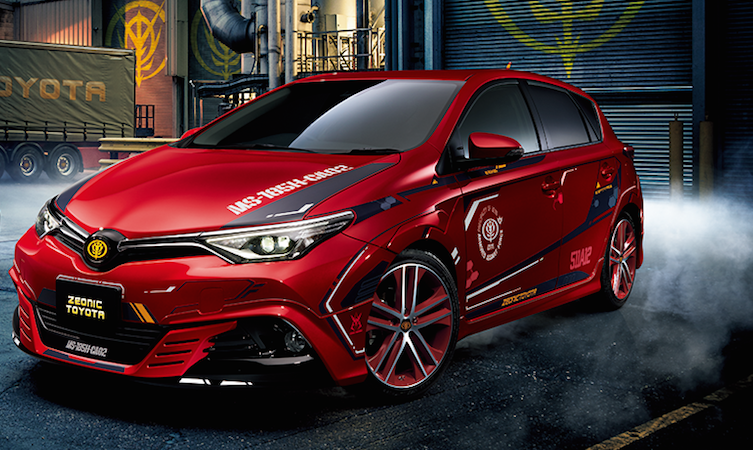 Did You Know Toyota Released a Special Edition Car Based on Char Anzable?

The special edition car launched by Zeonic Toyota was an unexpectedly major hit: a customized Auris. The promotional campaign for the special Toyota Auris included a high-budget, fully original animated commercial featuring none other than Char Aznable. Recognizable for his unique hat and charismatic personality, Char was the inspiration for the special edition Auris–and he sells it quite well.

Check out the colorful, kinetic commercial below.

From the sweeping camera gliding into the Auris’ window to the vehicle’s precise spinout in the loading bay, this Toyota commercial really captures the excitement of Gundam. Plus, it creatively advertises a stylish car in the process, and even fluidly integrates some CGI animation.

An actual, real-life limited run of the Char Anzable Gundam Auris was released in 2015 and appeared at the Tokyo Auto Salon. Its design is based on the robotic suit used by Char, including its red body, distinct fascia, and abundance of branding. A green version of the Auris was also released in limited stock based on the Zaku mech.

While the majority of information on the Zeonic Toyota Gundam Auris has been taken down from the ‘net, you can still find advertisements of it among fan pages that appreciate it as much as we do.