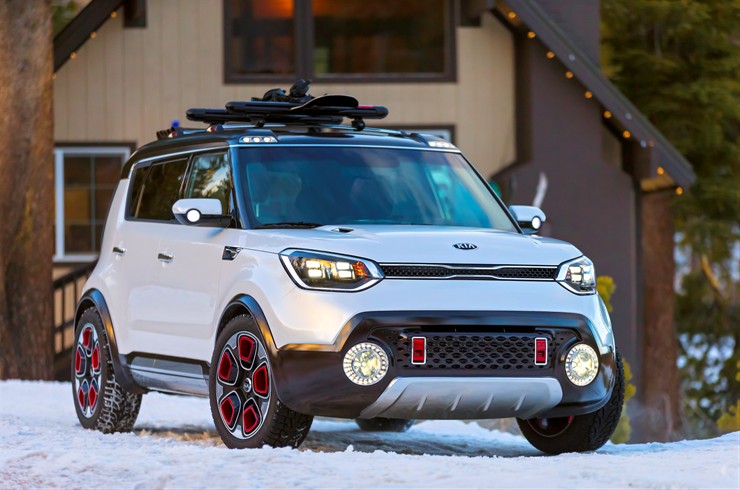 Kia is quickly becoming one of the most fashionable car brands in the industry. Just last week, the 2016 Kia Sorento, 2016 Optima, and Soul-based Trail’ster concept car were all awarded 2015 GOOD DESIGN awards, highlighting the brand’s ability to present forward-thinking, practical, and stylish cars. This is the second year in a row that three Kia models have earned this prestigious award, after the Kia K900, Soul EV, and GT4 Stinger concept car were recognized last year.

“Having a total of six of our latest production models and concept cars receive distinction from GOOD DESIGN in the last two years is a true testament to the tremendous strides our design teams have made in creating some of the most desirable designs on today’s roads,” said Yong-Won Cho, Vice President of Overseas Marketing at Kia Motors Corporation. “The all-new Sorento and Optima feature refined, evolutionary styling that builds on the enormous success of their predecessor models, while the Trail’ster concept car captures the essence of a rugged, yet stylish and thoroughly modern CUV for adventure-seekers.”

The three Kia models came out on top after being evaluated by a jury of independent design professionals, industry specialists, and design media. This panel evaluated the cars based on a variety of criteria, including innovative design, new technologies, form, materials, construction, concept, function, utility, energy efficiency, and sensitivity to the environment.

This is just one of the many awards Kia’s design team has won since Peter Schreyer took it over in 2006. With another prestigious award under the Korean carmaker’s belt, it’s really no wonder that Kia has continually seen a sales increase in the American market.